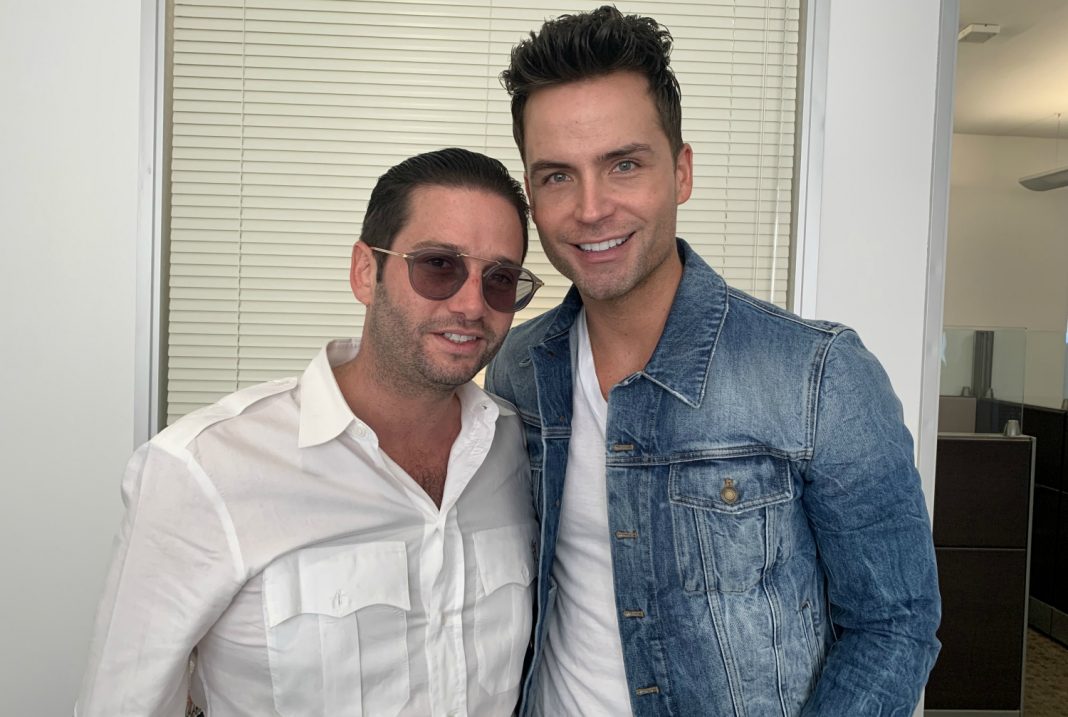 Josh Flagg and Bobby Boyd knew one another for years, but then one night everything changed. Flagg, known for his role on the Bravo hit show Million Dollar Listing, was leaving a Los Angeles nightclub when Bobby approached. “He said to me, ‘Hi, handsome,'” Josh, a native Angeleno, recalls. “No one ever said that to me but my maybe mother or grandmother.”

Their first date was at Dan Tana’s in West Hollywood. “We had chicken parmesan and Jack and Diet Cokes,” says 35-year-old Bobby, who also hails from California. Months later, Josh proposed in Paris, complete with 40 dancers and the music of Mariah Carey and Bruno Mars blaring in the background. Bobby had no idea; he thought they were attending a fashion show at the Four Seasons Hotel George V in Paris. Josh even got down on one knee to pop the question.

They exchanged vows at The Beverly Hills Hotels in 2017, and today the two share office space at Rodeo Realty where they both work as agents and share a home together in Beverly Hills with their two dogs.

‘We Were Cutting Fries’: A Couple Recalls Their Awkward First Date