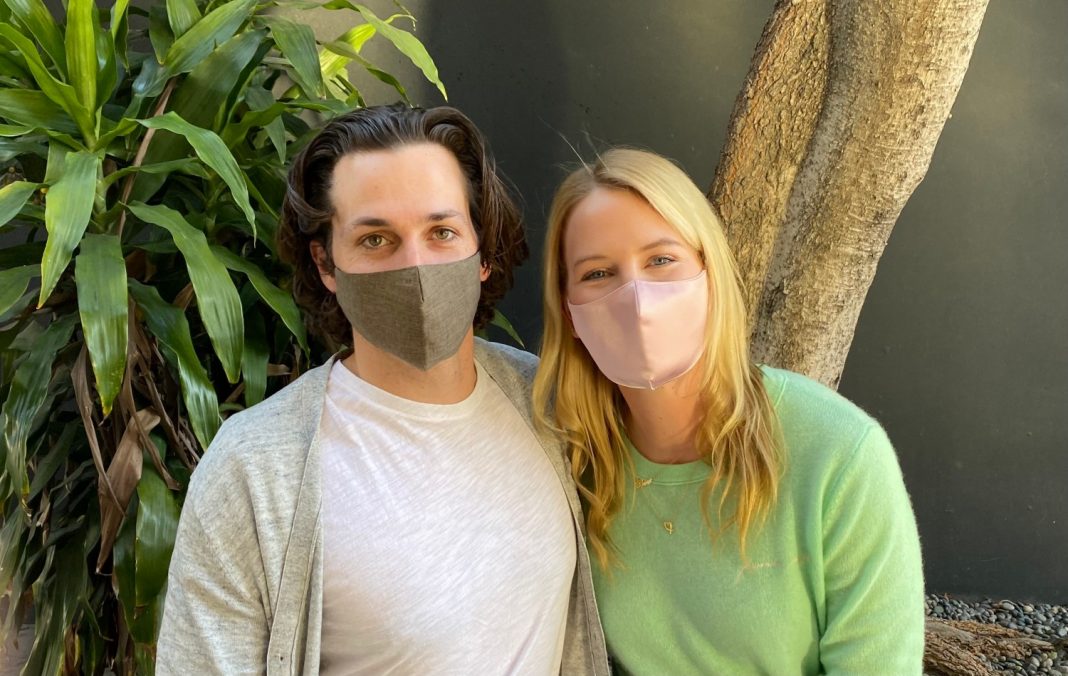 In series How Did You Meet?, local couples tell us how they first hooked up.

No one likes having travel plans futzed by a delayed flight, but for Alix and Geoff, airport drama is what ultimately brought them together three years ago at baggage claim six in Salt Lake City. ⁠
⁠
“I was frustrated because my flight out of L.A. had been delayed by four hours, “ explains Alix, who is the founder of the canned wine company Bev. “Geoff had actually missed his flight the night before. It was the first time in his life that had ever happened to him.”⁠

⁠
But for Geoff, a missed flight would not turn into a missed connection. As Geoff and Alix waited for their luggage at baggage check, the two began chatting and realized they were heading to the same ski resort, so decided to share an Uber. She was on conference calls during Uber ride and he was operating on four hours of sleep, but Alix left him with something important. ⁠
⁠
“When we got out of the Uber, she basically gave me a can of wine and her phone number,” recalls 31-year-old Geoff, a marketing guru who is now helping build the bev brand. ⁠
⁠
“We basically started dating three days later.” The couple is now married and reside in Venice.⁠
⁠
For more head to @howdidtheymeet⁠⁠ on Instagram.

RELATED: This Local Couple Found Their Relationship Rhythm on the Dance Floor

This Local Couple Went from So-So First Date to Engaged