Home Dating This L.A. Couple Broke Up and Didn’t Speak for an Entire Year... 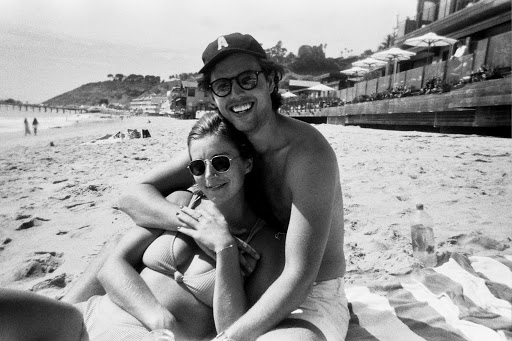 “We love being together,” confesses Katie. “I think because we are such opposites we complement one another in work and in life.”

They met in nine years ago at Xavier University. He was running track, she was running for student body. The relationship survived all four years of college but it hit a bump after graduation.

They broke-up after going to different cities for new jobs. “We didn’t speak for an entire year,” says Hank, who moved directly to Los Angeles after college. “Not even once.”

Although they hadn’t communicated in a year, Katie decided to reach out to let Hank know she’d be coming to Los Angeles for a yoga-training course. “We were dating other people and I heard he was going out with lots of models,” explains Katie, who was living in Cincinnati at the time. “But he still asked if I wanted to stay with him.”

They started with dinner, and before cocktails even hit the table it was obvious they were rekindling the sparks of the early courtship. “We both realized how much we missed one another,” recalls Katie. “He instantly asked me, ‘Are you ready to stop dating other people and move to Los Angeles?'” Within a few months, Katie quit her job, packed up the car, and drove to L.A.

“We’re getting married in six weeks,” Hank says. “Our family and friends always knew we’d end up together.”

RELATED: A Puppy Brought a Hollywood Executive and an Art Collector Together

Dating During the Pandemic? How Singles Are Continuing to Mingle