Home Dating This L.A. Couple Met at a Game Night, but Didn’t Play Around 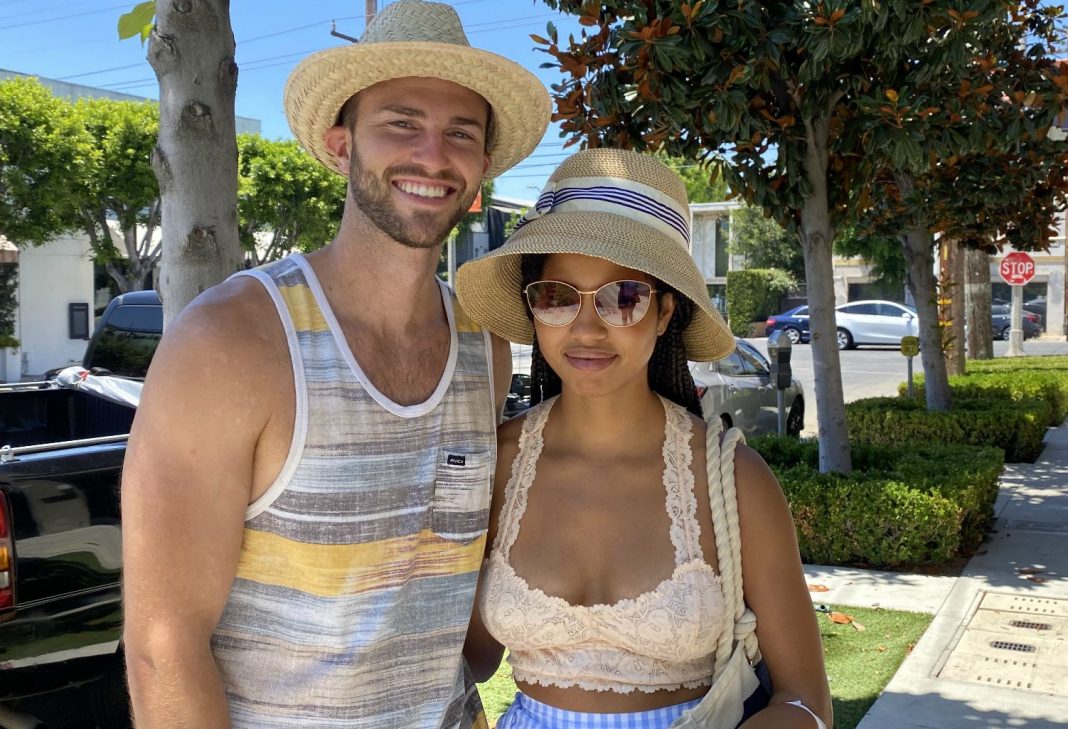 A game night brought Camille and Connor together almost two years ago. ⁠
⁠
“Our best friends were having a bunch of people over to play games and we were on the same team,” says Connor who runs, a basketball academy that trains NBA players and young kids. “When we met we were both attracted to one another, vibed on each other’s energy, and were equally competitive.” ⁠

⁠A couple of nights later, there was a second game night. “When everyone took a break to play video games, Connor actually snuck in a kiss,” confesses Camille, an actress known for roles in the CW’s Katy Keene, The Wedding Year on Amazon, and Power Rangers Dino Charge. “Our first date was at the Griffith Park observatory.” ⁠
⁠
The couple, both 26, moved in together after dating for over a year. They’ve made the best of stay-at-home orders and have both been marching during the protests. ⁠
⁠
“We participated here and then I went back to my hometown to march in Washington DC,” says Camille. Without missing a beat, Connor adds proudly, “She led a march from the White House to the Capitol—it was pretty cool.” ⁠

This L.A. Couple Met the Old-Fashioned Way: At a Bar

L.A. Natives Found an Instant Connection in the Windy City