Home Well-Being So You Want to Have a Greener Period… 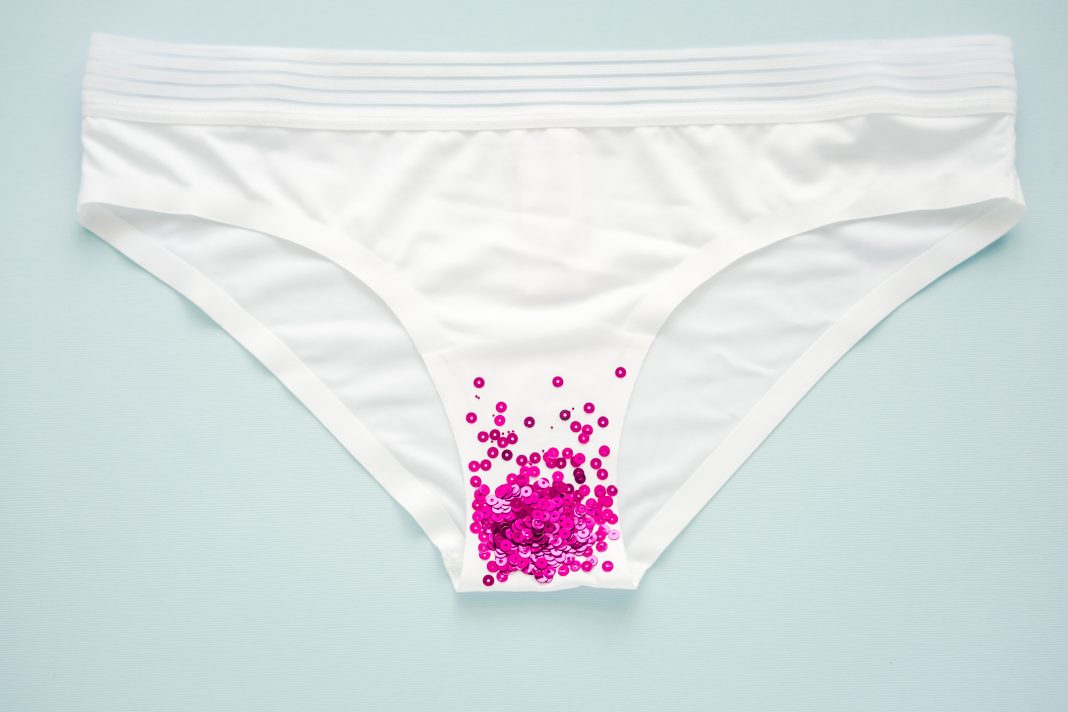 Before puberty I used to cringe when a tampon (or douche) commercial came on when I was watching TV with my dad, or any male person. I grew up Roman Catholic, and we didn’t talk about those things. So I learned about periods the way everyone else did: I went to the school library and checked out a tattered, dog-eared copy of Dear God, It’s Me Margaret.

There seemed to be a stigma attached to menstruation. In school, tampons were hidden up sleeves and passed under classroom desks as covertly as contraband in prison. Back then, it was considered acceptable to ask a girl “are you on the rag?” or “are you riding the cotton pony?” Usually the question would be rhetorical–the person asking didn’t really care if you were crampy or felt bloated–but the implication was clear. They thought you were acting like a “bitch,” so it must be because you were on your period.

Thankfully, that shit no longer flies. The future—and present—is female. And, at last, we can talk openly about our vaginas.

Many vagina-havers find ourselves talking to each other about periods, usually for intel. We’re seeking cramp-relief remedies or reassurance that we’re normal, more or less. But increasingly, the conversation is turning to the demand for better products to handle our menstruation needs in ways that do less harm our bodies and the environment.

In response to concerns about the health impacts of chemicals and bleaches used in many tampon brands, companies have made organic, un-bleached cotton tampons more widely available in recent years. But many of those organic tampons still have have plastic applicators. Are we really supposed to be out here boycotting plastic drinking straws while harboring the secret shame of plastic applicators in our bathroom cabinets? Even opting for applicator-free results in a lot of cotton going into a landfill.

There has to be a better option.

If you’re ready to throw in the towel–or should we say rag?–and give up tampons in favor of a greener alternative, here are three to try.

In this scenario you wear buy specialized underwear and just… let it flow. You’re probably thinking what I thought when I first heard about this development: They must be lined with some technologically-advanced fabric delivered here by aliens from a distant all-female planet. All we know is that THINX, the market leader, claims they use a patented design and proprietary technology. The idea is to draw blood away from the surface into an absorbent core, just like an old-school pad. I was offered a pair to try out, but I had some questions. They offer three levels of fluid absorption–but after that amount is soaked up, you reach saturation, and you’ll hope you still have your yoga pants in your trunk. The upside is you can wash and reuse them (just be sure to check the special washing instructions before you toss them in with the rest of your laundry).
Try: THINX Period-Proof Underwear ($24-$39)

Seems so logical. Just insert a silicone cup into your vagina to catch the blood before it even comes out. Very cool, until you get down to the logistics. We have saturation issue again here, there’s only so much the cup can hold, which means at some point during the day you are going to have to empty that cup, wash it, and reinsert. That may very well happen while you’re in a public place like, say, while you’re at work. Now you find yourself standing next to a stranger or, worse, a coworker, in the bathroom, and while they’re washing their hands, you’re nonchalantly rinsing your menstrual blood down the drain at the next sink. It’s up to you to decide how you feel about that. And who knows? Maybe in a more advanced society, menstrual cup washing stations will become a customary fixture in all public restrooms.
Try: Saalt Menstrual Cups ($29)

Not the kind Elaine from Seinfeld used for birth control. These are natural sponges that come from the actual sea. Using one for your period is something like crossing a cup with an old-fashioned OB. The procedure calls for wetting the sponge down, rolling it up, and inserting as far up as possible using your fingers. Since they are not disposable, they present the same issue as the cup: at some point that bad girl needs to come out and get rinsed before going back in. And there’s another caveat to consider: drippage. Sponges often leak on their way to the sink, so watch your shoes. And, while they may not meet everyone’s definition of vegan, they do tend to last about six months, which cuts down on an awful lot of tampons in the trash.
Try: Holy Sponge Ritual Sea Sponge Kit ($40)

RELATED: Why a Documentary About Menstruation Is Such a Bloody Big Deal