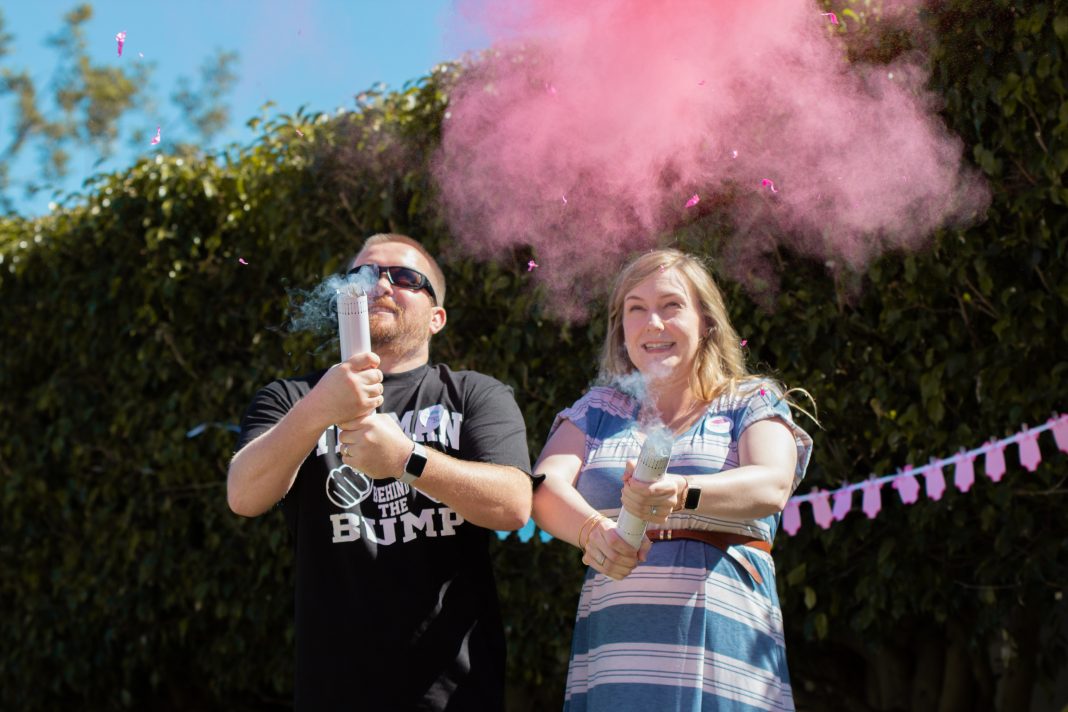 Photo by Josh Kahen on Unsplash

Gender reveal parties were not always a thing–and there is really no reason anyone has to keep making them one. Now, as yet another destructive wildfire has been sparked by fireworks set off at one of these events, even the woman known as the “inventor” of the trend is calling on parents to reconsider the stunts they stage to publicize the biology of their fetuses.

Influencer Jenna Karvunidis went viral with a party she hosted in 2008 to reveal that she would be giving birth to a daughter. She posted it on her lifestyle blog (Instagram didn’t exist yet) and received coverage in a local magazine in Chicago. It appeared on a parenting forum website, and then a glossy magazine for moms-to-be called The Bump.

“I mean gosh, I just like to throw parties. I just thought it would be really fun for everybody in the whole family to find out,” Karvunidis told NPR in 2019. “We had a knife and we cut into it all together and we all saw the pink icing at the same time, and found out that we were having a girl.”

By 2009, gender reveal party videos were cropping up on YouTube, and by 2011 the parties were a full-blown trend. As the phenomenon swept the globe, pink icing was no longer enough. Parents have increasingly incorporated explosive devices that emit colored powder or sparks. Those explosions have been linked to multiple fatalities, at least one plane crash, and several large fires.

Over the weekend, a major wildfire in Yucaipa was sparked by what authorities termed a “smoke-generating pyrotechnic device,” set off at a gender reveal.

What the family imagined as a cute celebration of their new baby has scorched a huge swath of the San Bernardino National Forest and required evacuated multiple communities; it remains uncontained days later. Oak Glen’s historic Parrish Pioneer Ranch has at least partially burned, possibly taking with it several heritage varietals of apples grown on the property that have otherwise largely faded from modern agriculture.

“The fire that evacuated parts of California is from a gender reveal party,” she wrote. “Stop it. Stop having these stupid parties. For the love of God, stop burning things down to tell everyone about your kid’s penis. No one cares but you.”

While this latest tragic incident–which is, it should be noted, not even the first wildfire sparked by a gender reveal gone awry–may prove to be the single most destructive tragedy linked to one of the events, the loss of life and property are not the only issues with elaborate presentations of the genitals assigned to a fetus.

“Gender reveals are loud, bright, public affirmations of the gender binary in a time when people are becoming skeptical of that concept,” Julie Beck wrote in The Atlantic.

That’s something that Karvunidis has learned first-hand. Her oldest daughter, the one who was feted with pink cake back in 2008, has grown up disinterested in the trappings of stereotypical girlhood.

“Plot twist! The baby from the original gender reveal party is a girl who wears suits,” Karvunidis wrote. “There’s such an obsession with gender that it becomes limiting in many ways and exploitative in others. You don’t want what’s between your legs to guide your path in life. I want my kids to grow up in a world where gender doesn’t matter.”

She says her own understanding of gender and sex has evolved in the last 12 years to a point where she no longer feels the celebrations are appropriate. She had two more children after her daughter Bianca, but has never held another gender reveal party.

“I know it’s been harmful to some individuals,” Karvunidis said, referring to the enforcement of a rigid gender binary–though she could also have been speaking of the physical destruction the parties have caused. “We don’t need to get our joy by giving others pain.”