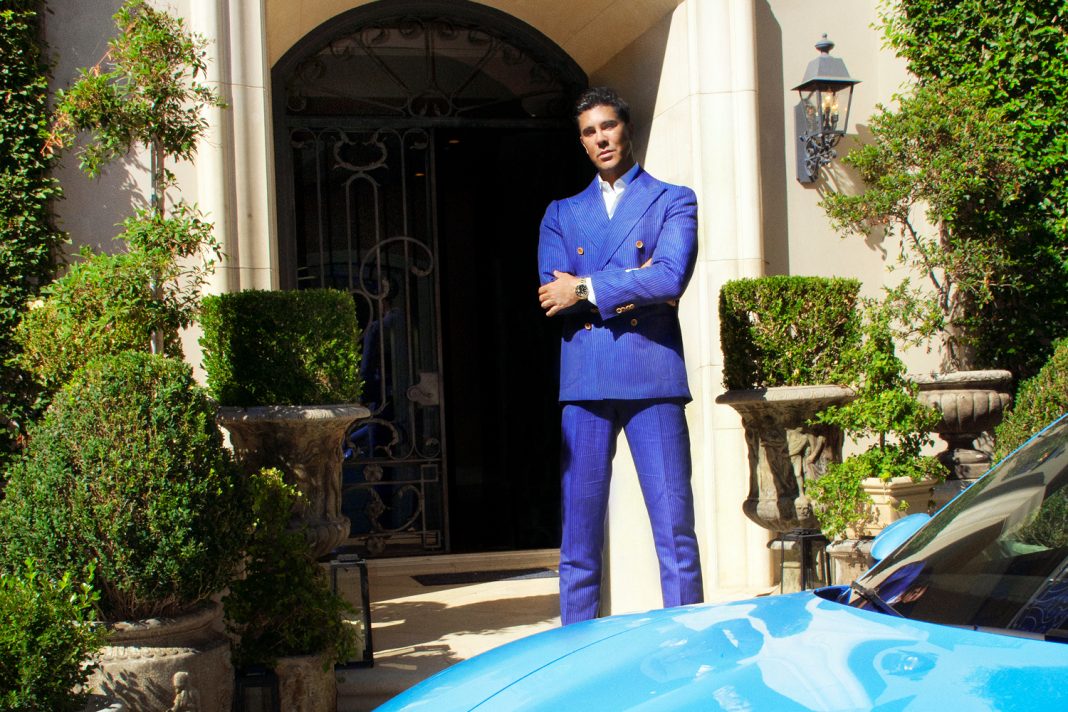 “I was in New York for 17 years and always had this dreamy, romantic idea of coming to Los Angeles,” Fredrik Eklund says while driving from Palm Springs to L.A. after filming an episode of Bravo’s Million Dollar Listing in 115-degree heat. But when Eklund moved here last year, he was unprepared for the culture shock. “It was like starting over,” he says. “In New York, ‘pushy’ was my middle name. Here in L.A., if you’re too pushy, it’s like ‘Ewww.’ ”

There have been many transitions in Eklund’s 43-year-old life, starting with his move from Stockholm to New York City at 25, then transforming from luxury-real-estate agent to luxury-real-estate agent with a hit Bravo series and a seven-figure Instagram following. Eklund is the only agent to star in both the New York and Los Angeles editions of Million Dollar Listing—he seems equally at ease suited up for a Tribeca penthouse showing as he is barefoot and deeply tanned on Broad Beach, which he documents in his peripatetic social media postings. “No one has ever touched my Instagram,” he insists. “It’s my voice. That’s why my engagement is so high.”

Few real estate agents have dominated multiple markets as successfully as Eklund. With more than $2 billion in 2019 transactions, the Eklund Gomes Team, founded in 2010 with agent John Gomes, has offices in Manhattan, Beverly Hills, Brooklyn, and Miami. The firm is eyeing Houston and Boston as well.

Most recently, the striking Swede with the gym-chiseled, six-foot-four frame dipped a tassel-loafered toe into the original Real Housewives terrain. Why venture to Orange County when Bel-Air is your backyard? “The price points are crazy!” Eklund exclaims. His current O.C. listings include an oceanfront compound in Dana Point with a $27.5 million price tag. His Los Angeles properties increasingly resemble the Park Place side of the Monopoly board, including the eight-acre Norman Lear estate in Brentwood for $27.9 million and a six-bedroom Malibu beach house for $17.6 million. Eight-figure penthouses in New York occupy multiple pages on the Eklund Gomes website, despite recent market conditions that have driven prices below 2008-financial-crisis levels. “It’s going to have a rough patch, but it will come back stronger,” Eklund says. “New York is unbreakable.”

Meanwhile, Eklund seems to have parsed the tribal rituals of L.A.’s upper crust. A Bentley Continental GT shuttles him to listings. He and Derek Kaplan, his artist husband, along with their two-and-a-half-year-old twins, Freddy and Milla, live on a two-acre Bel-Air estate with a 12,000-square-foot main house which, Eklund points out, throwing West Coast shade like a native, includes a “master suite that’s bigger than most New York apartments.”

Eklund’s latest venture will take him into terrain no realtor has yet thought to tread: a real-estate TV show aimed—wait for it—at kids. The concept came to him post-COVID. “When we decided to homeschool our kids, I thought, ‘Let’s make a YouTube show that combines real estate and learning,’” Eklund says. The result is Milla & Freddy’s Adventures, starring Eklund and the twins boning up on reading and ’rithmetic using their father’s current listings—for example, counting the number of floating stairs in a $28 million Beverly Hills mansion.

“Yes these are listings for expensive real estate,” Eklund concedes. “But they’re just the backdrop. I don’t want this to be about money. My kids are growing up in this beautiful house. I grew up in a 1,000-square-foot apartment on the last subway stop in Stockholm. I don’t take any of this for granted.”

RELATED: Ellen Lists Her Montecito Estate for $39.9 Million a Year After Buying It