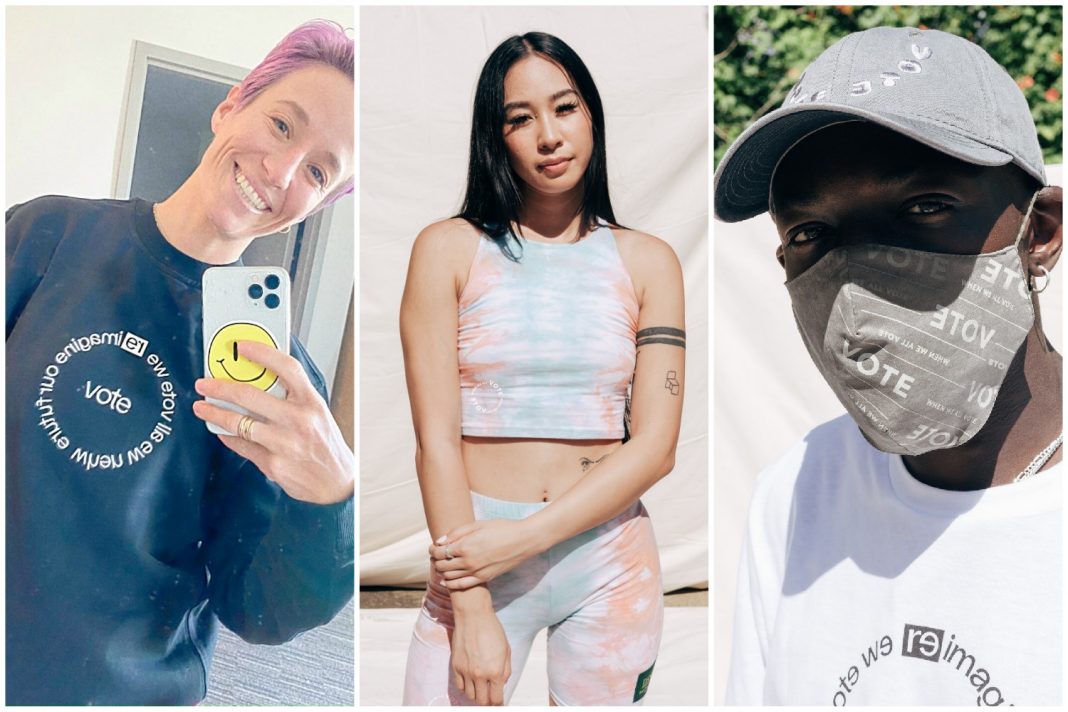 From Vote 4Ever Merch

Ubiquitous though it may be, a certain red baseball cap emblazoned with a certain political slogan isn’t exactly a feat of modern design. As the election draws closer, pols on the other side of the political aisle from the current President are angling for more elegant offerings.

Last week, Democratic nominee Joe Biden’s campaign dropped a line of new stylish new merch, from bucket hats to bandanas (all reasonably priced and all to benefit the Biden Victory Fund). Nineteen American designers are in on the effort, including Vera Wang, Tory Burch, Jason Wu, and Jack McCollough and Lazaro Hernandez of Proenza Schouler. Gabriela Hearst and Joe Perez tapped into the psych-throwback tie-dye trend with their T-shirts (both $45). Jason Wu emblazoned a basic black sweatshirt with the slogan “Rebuild with Love” ($65). Joseph Altuzarra designed two floral Biden bandanas, which can double as cool (if not terrifically effective) face masks ($45). Tory Burch brought the bandana motif into a cool “Vote” T-shirt ($45). And Kathryn & Lizzie Fortunato are behind a gold-plated charm necklace (with requisite donkey and “Joe” charms) by K ($55). Many of New York’s most popular designers also made merch for Hillary Clinton back in 2016 and, as with the Biden effort, all their time and designs were donated.

Meanwhile, Michelle Obama’s When We All Vote campaign launched a store of super on-trend Vote 4Ever Merch. Meredith Koop, Michelle Obama’s longtime stylist, was creative advisor and, along with a large group of female execs, made sure to focus on diverse designers and brands. The store stocks the very necklace Michelle so fashionably wore during her powerful Democrat Convention speech, designed by L.A. jewelry designer Chari Cuthbert of ByChari, who’s had more orders since mid-August than she ever expected.

It also includes pieces by the Brooklyn design studio Danzy, like sports bras and bike shorts, a women’s suffrage candle by Bright Black, and shorts, sweats, and tees made by Megan Rapinoe’s line Re-inc (Rapinoe is a co-chair of When We All Vote). The prices range from $10 to $150, and sales are split between the When We All Vote campaign and the brands who produced them.

Good news: since there are no candidate names on Vote 4Ever garments, they won’t become obsolete right after the election and you can drag them out again for the midterms in two years, assuming we still have elections. Bad news: a lot of the swag was so popular, it’s already sold out.

RELATED: LeBron James May Be Planning to Hit the Campaign Trail

Toast the Inauguration with this Biden-Inspired Cocktail