Home Dating Dating During the Pandemic? How Singles Are Continuing to Mingle 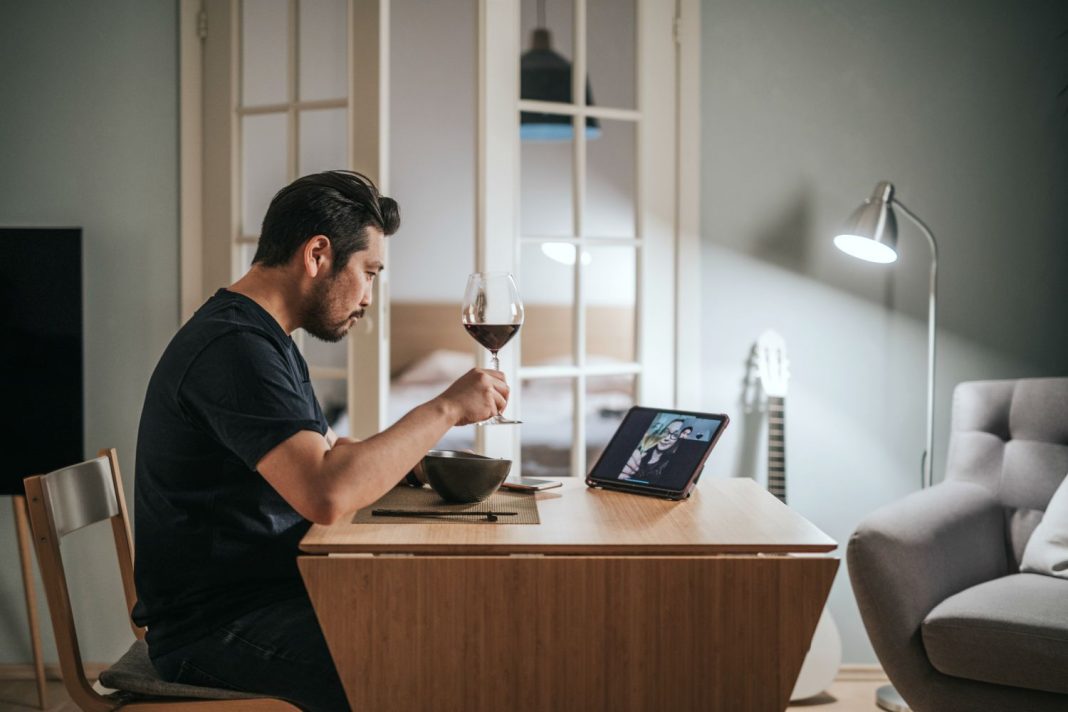 As if dating in Los Angeles weren’t hard enough, add a plague to the mix. People who avoided online and app-based dating like, well, the plague are being forced to reconsider their prohibition and give it a shot, often setting up virtual first dates via Zoom, Skype, and FaceTime.

“I’ve always avoided dating sites, preferring to meet people in real life”, says a single, 32-year-old female friend of mine, “but I’m forced to use them now that I can’t go out anywhere. What I never liked about dating apps was that some guys act like kids in a candy store with so many women on there, even if they’re a total loser. But on the other hand, she says, “I’m meeting people I would have never met otherwise.”

Now, like millions of Los Angeles singles, she trolls Tinder, Hinge, and OKCupid for virtual dates on Saturday nights. “The key to all this is to Skype or Zoom with someone you are interested in after a written chat sesh so you can weed out people first. Like, I just talked to a guy who claimed he was a successful “actor/producer”, but then I Zoomed with him and saw his crappy studio apartment in the background with four cats.” The poor guy quickly got “Zoomed,” new slang for being virtually kicked to the curb.

Melissa Hobley, Global Marketing Officer at OKCupid says the site has seen activity on the site surge 20 to 30 percent in the last month. “People want to be connected, and dating virtually offers a way to do this,” she says. “And we’re free so you have nothing to lose.” She says they’ve added 20-plus questions related to dating digitally to act as filters, not unlike the site’s “Trump filter,” which prevents you from matching with someone on the opposite end of the political spectrum.

According to Hobley, a quarter of OKCupid users have been on a virtual date during quarantine, which represents a 700 percent increase over pre-quarantine stats. And there’s good news for the shy: “almost 40 percent of OKCupid respondents in L.A. said they would go on a virtual double-date with a friend.” They’ve also collected stats on the types of virtual dates people prefer: 33 percent said “keeping it simple with a video chat”, 30 percent said “some kind of shared activity, like a game”, 23 percent said virtual “dinner and drinks”, and 14 percent said “watching a movie or TV show” together. According to 37 percent of respondents, virtual dates involve “less pressure than an in-person date.”

Once a couple has had a series of successful virtual dates, where do they go from there? And how do they do it safely? A local cinematographer tells me he met a girl on Tinder, they passed the Zoom test, but had no idea where to meet, as most women don’t want to go over to the guy’s house on the first date and certainly wouldn’t feel safe in close quarters at the moment. So he brought a six-pack and they sat on a bench on Mulholland Drive and took in the sunset view.

My single cousin met a masked girl at Whole Foods in West Hollywood, who he thought was funny and had beautiful eyes. They talked on the phone for two hours and arranged to see each other sans masks. Ultimately, he was less attracted to her. The pitfalls of being shallow during a pandemic.

Public health officials, of course, advise against having sex with anyone outside of your household during the pandemic, but that isn’t stopping everyone. One local actress told me, “On the third or fourth date, if I think it’s time for some action, I invite him over to my house, like I did before the lockdown. Except now I ask to see his COVID test and check his temperature at the door.”

Despite a delicate dance that may require keeping your distance from a person your into for the next several months, the current state of affairs certainly has plusses for some daters. People report that they’re enjoying getting to have a real conversation with someone without committing to an in-person meeting at a bar or restaurant. And can you imagine how much money cash-strapped Angelenos are saving by forgoing $15 cocktails with a person they wind up hating?

Will there be pandemic marriages that result from these current conditions? Hobley of OKCupid says she’ll get back to me on that.

RELATED: In a Brutal Rental Market, Is Having Sex with a Neighbor Just Too Risky?