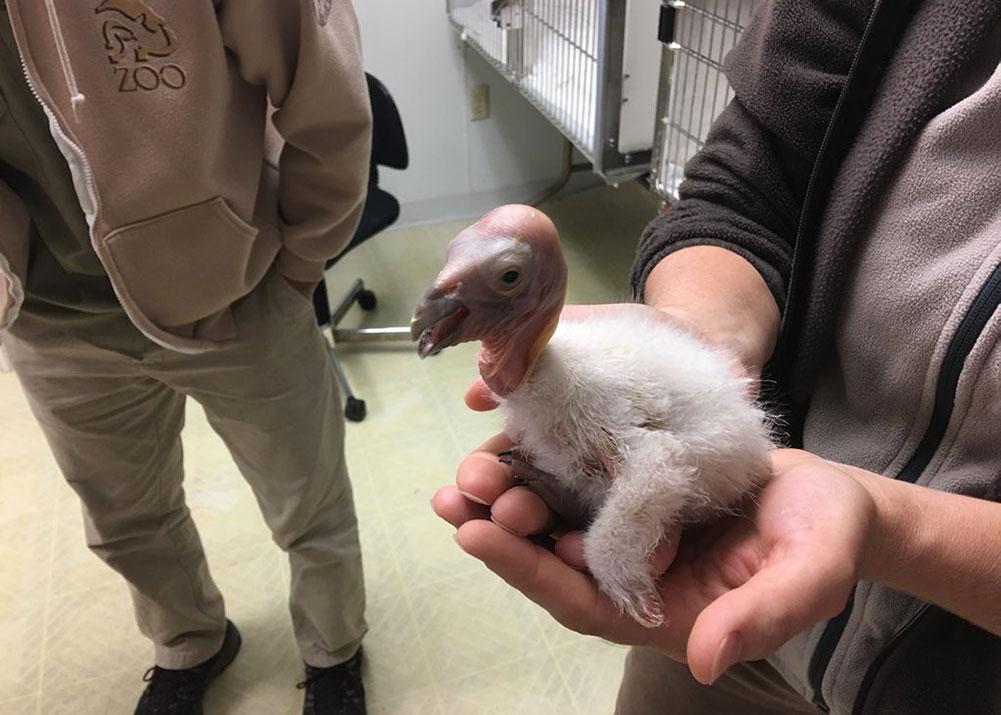 The L.A. Zoo has welcomed a new California condor chick into the world. Named #LA1720 for now, the hatchling broke out of its shell late on Thursday night and appears to be doing well.

Little #LA1720’s journey was documented for eager fans in the weeks leading up to last night’s break-through. Now, the hatchling is resting comfortably with parents, Sequoia and Squapuni, according to zoo staff. The baby bird will be monitored closely as it grows into a majestic adult.

Since 1982, the L.A. Zoo has supported the repopulation of the birds through work with the California Condor Recovery Program. That program has now produced over 1,000 chicks. At least 500 condors are currently living in the wild.

“Once there were only 22 of these birds left on the planet, and as of last night, there’s one more because the condor team, as well as teams around the Zoo, did not give up,” the zoo’s conservation ambassador, LouAnne, wrote on Instagram. “It’s an incredible emotional experience to, literally, witness these folks saving a species from extinction.”

RELATED: Without Visitors Around, the Animals at the L.A. Zoo Are Living It Up