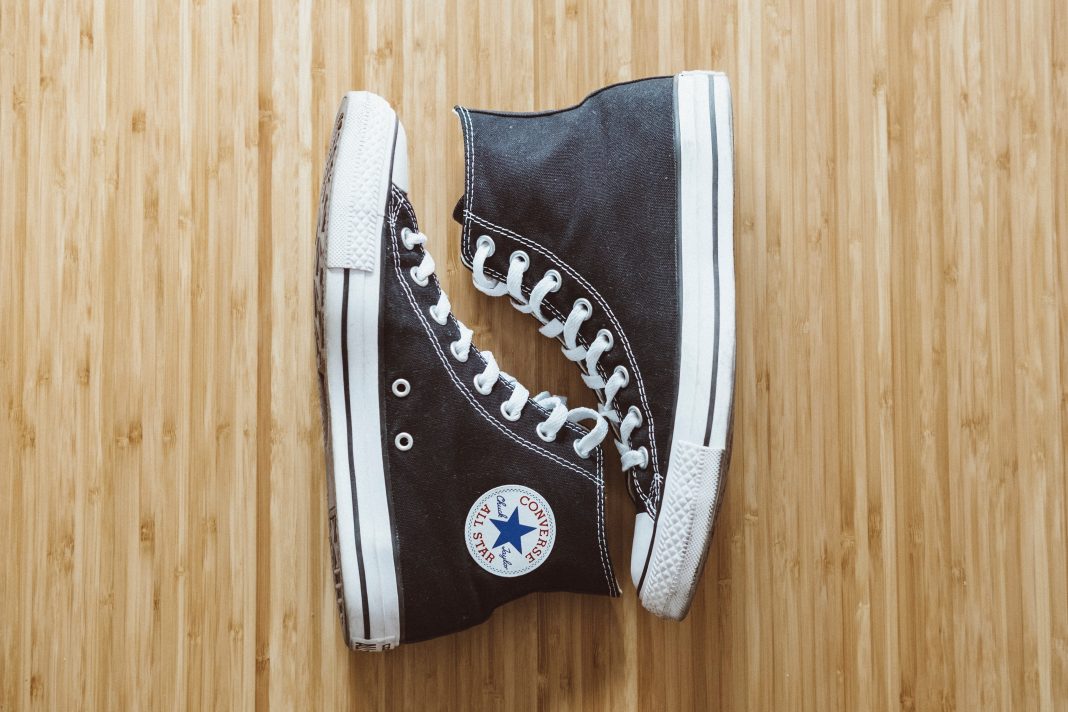 Kamala Harris is already earning high marks on the campaign trail—and not just for her political prowess. At a stop in Milwaukee on Monday, the Democratic Vice Presidential candidate was pictured making her way down the steps of a jet and looking effortlessly cool in pair of low-top Converse Chuck Taylor All-Stars.

It took about eight seconds for Twitter to go nuts for the look, but it’s nothing new for the California senator. Harris has said in the past that she has a large Converse collection—from lace-free styles to sequined versions. She’s even given tips on how to keep them clean (take out the laces when you wash the sneaks to prevent the metal grommets from staining the laces). Once, at a campaign stop at a farm in New Hampshire where it was too muddy for her to navigate in her high heels, Harris realized she realized she forgot to bring her go to kicks. A staffer lent the California senator her own, which she wore throughout the event.

The fervor is about more than the fit, of course. As the Washington Post put it, “At a time when many in the Democratic Party are calling for a different kind of leader, a sentiment that contributed to Biden’s promise to name a woman as running mate, Harris’s shoes resonated with those who saw something more familiar in low-rise Chucks than the usual polished wingtips.”

Since their invention, sneakers have always been subtly political, according to The Atlantic. Until the 1920s, sneakers were largely worn by white people on tennis courts. Converse, founded in 1908 as a manufacturer of galoshes, started making sneakers in 1917, naming its first pair “All-Star.” The company enlisted American basketball star Chuck Taylor to become brand ambassador and the first athlete to have a sneaker named after them.

In the ‘50s James Dean made All-Stars the preferred footwear of rebels without causes, but by the ‘60s, they were worn by everyone from Beatniks to teens on urban basketball courts. They were affordable, accessible, and became a symbol of the social equality movement. Converse became an egalitarian shoe.

To quote the late, great Tupac Shakur in his song “California Love,” “In L.A. we wearin’ Chucks not Ballys….” Yeah, that’s right. And Harris is definitely representing.

RELATED: Kamala Critics Are Going Back to the Birther Playbook