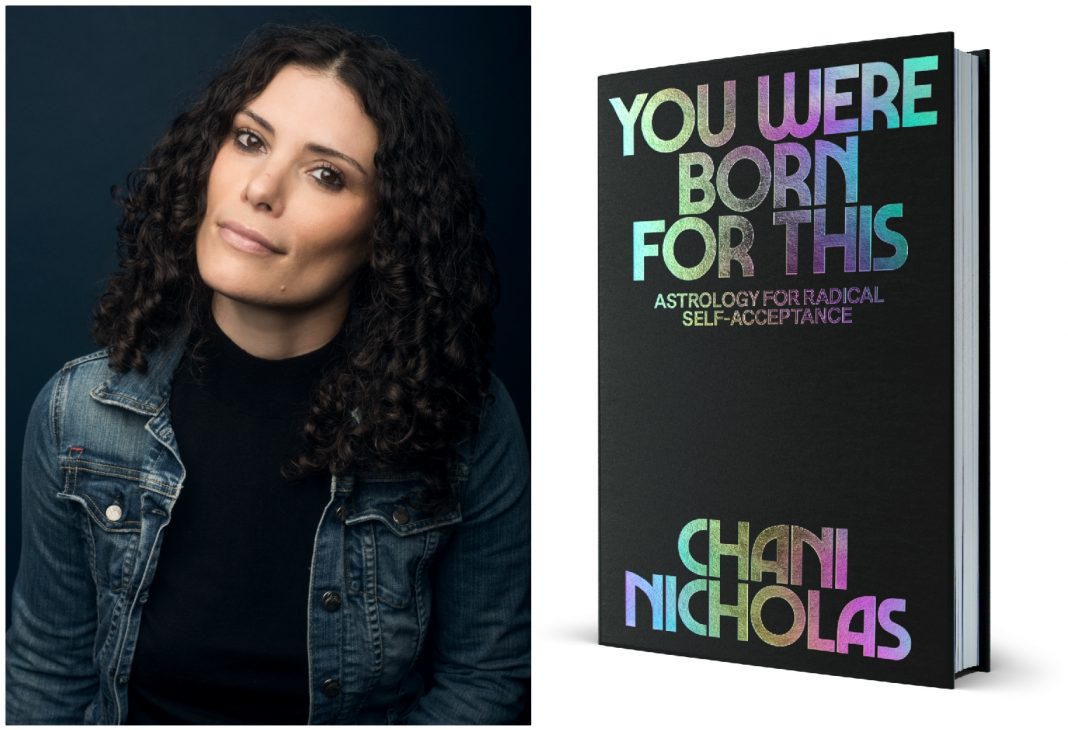 In a chaotic world, more people–particularly young people, particularly women, queer, and non-conforming people–seem to be turning to astrology to offer some sense of order. And when they do, it’s often Chani Nicholas they are turning to. The celebrity astrologer and social media superstar presents a theory of life, the universe, and everything, that calls on her deep study of the stars and planets, as well as her passionate advocacy for social justice, LGBTQ+ rights, and political activism.

The L.A.-based Nicholas doesn’t see many clients in person, rather she offers her counsel and workshops online. Now, for those who who are interested in learning about astrology or want to understand what it might mean for their daily life, she’s authored her first book on the subject, You Were Born for This: Astrology for Radical Self-Acceptance. In it, she shows readers how to assemble their own birth charts and start to unlock what that might indicate.

“I hope that, through the book, readers can come to understand their life’s purpose and how perfectly they are made for it,” Nicholas says of the volume which includes not only her wisdom, but journaling prompts, questions to think about, and more.

If it sparks an interest in astrology, Nicholas says she hopes readers will find an astrologer they click with to discuss more, or sign up for one of her online classes. But, as she mentions in our conversation, if you’re just not into the astrology thing, she’s totally cool with that, too.

How did you become drawn into the world of astrology?

I had a reading when I was 12 that changed my life. The astrologer captivated me and she spoke a language I knew I needed to learn. One that felt so familiar. She wrote a book that I bought, and I have been learning the craft ever since.

You use the phrase “modern astrology.” Can you explain what that means?

What is your response to people who just aren’t into astrology?

Do you! I’m interested in what does hold value for folks. I don’t think we should all like one thing. I don’t think astrology–or any medium–is right for everyone. Humans are diverse! So too must our ways of seeing the world and ourselves.

You include the birth charts of several famous, important people. Can you talk a bit about one that you felt offered something particularly revelatory or significant?

I’ve included the charts of Frida Kahlo and Maya Angelou because they both have lived out their lives, and both have left behind a body of work that speaks for itself, has and does touch many, and both lived ‘icon lives’ through their art and activism. They so clearly lived out their charts and gave us so much to ponder about the meaning of their astrology and their work.

Do the stars hold any clues for what 2020–a year likely to be particularly fraught politically and in the world–may hold?

Yes! The planets are always speaking to us and always there to guide us. The way 2020 is unfolding is particularly on the nose given the astrology thus far. 2020 calls us all to the floor. This is a year to bring our absolute best, as much as possible, in every way we can. This is a year to move boldly into our purpose so that we may be of service to a world that so desperately needs all of us. It’s a year to be all in and my hope is that the book helps to affirm this for people.

RELATED: Could Booze-Free ‘Euphorics’ Change the Way You Have a Night Out?

What to Stream This Weekend: ‘Malcolm & Marie, ‘Framing Britney Spears,’ and More