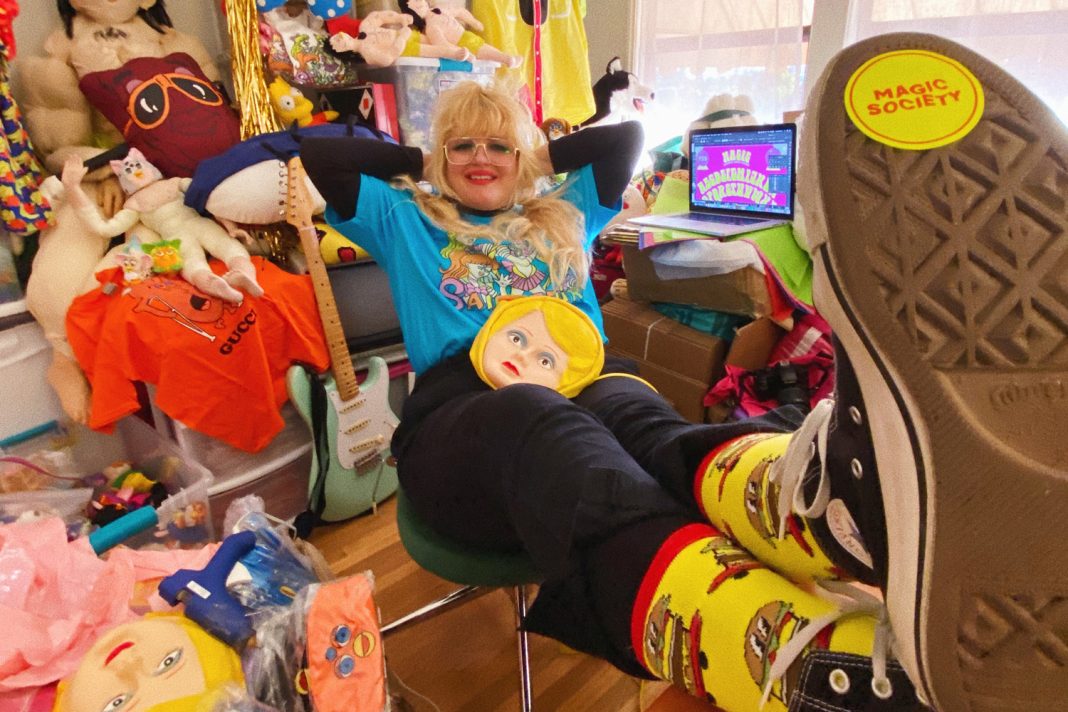 Provocative L.A.-based designer Nicole Daddona started her much-hyped clothing and accessories line, Magic Society, in 2013. But it wasn’t until last year, after Daddona, who’s in her thirties, discovered a blow-up doll named Judy at a Goodwill store, that it really took off. “One day I thought about how much I liked her face and how much I wished I could wear it,” she says. “That night I cut it off, which sounds horrible but was really quite cathartic.” Daddona hand-stitched a prototype of what would become her iconic Blow Me Bag using fabric scraps, a repurposed strap, and the face. “I wore it out to a family dinner the next night, excited to show it off, but it fell apart before the appetizers,” she says. She quickly perfected the bag after scoring a lot of dead-stock vintage inflatable dolls (including a male version named Johnny). Daddona sells the bags, along with a host of pop-culture items, some with references that only L.A. insiders will understand. 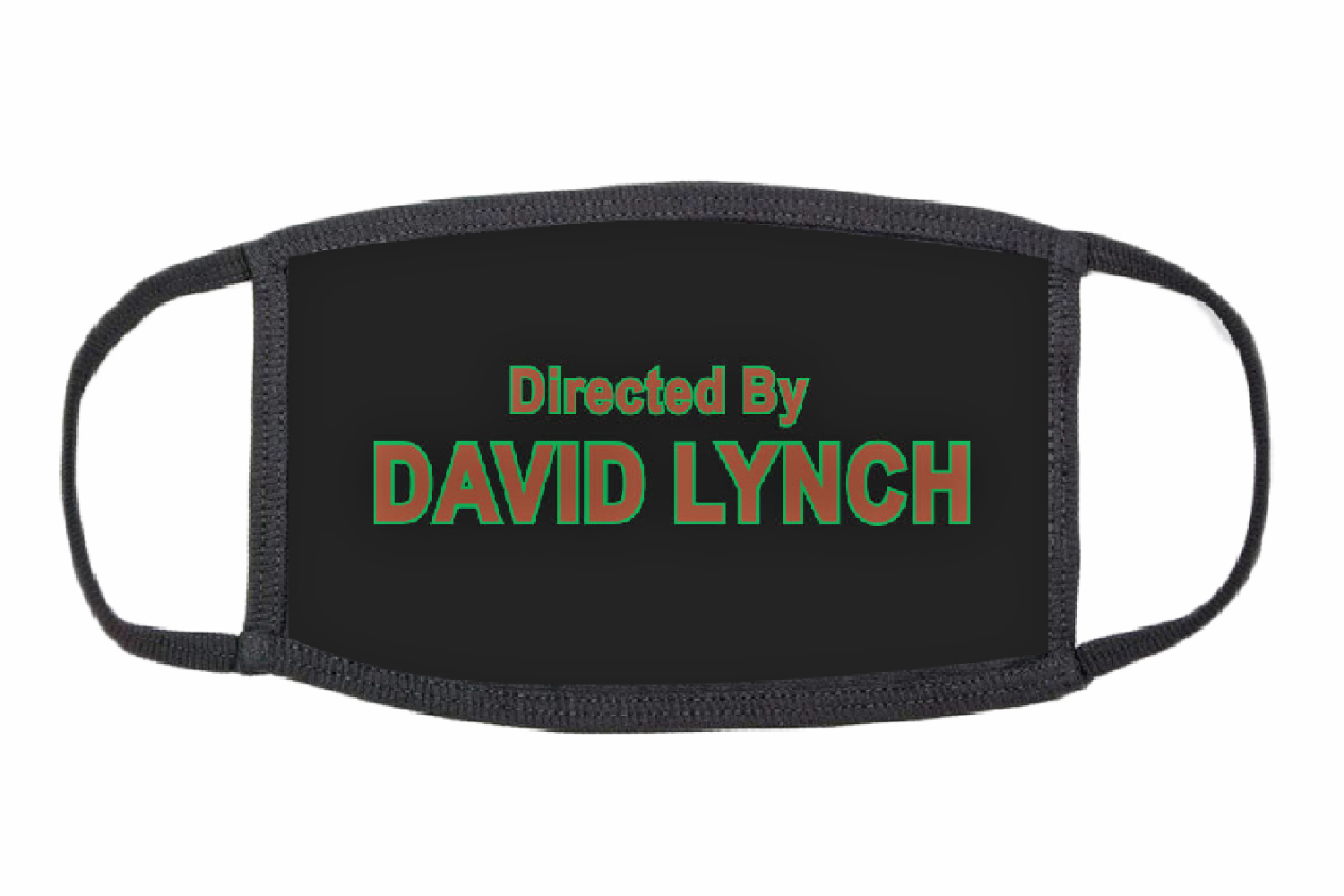 A fan of the Twin Peaks auteur, Daddona pays homage to Lynch with these masks. For each mask sold, she’ll donate one to an essential worker in need. Plus, you’ll be saying what everyone is thinking-: “This sh*t is bonkers.” $17. 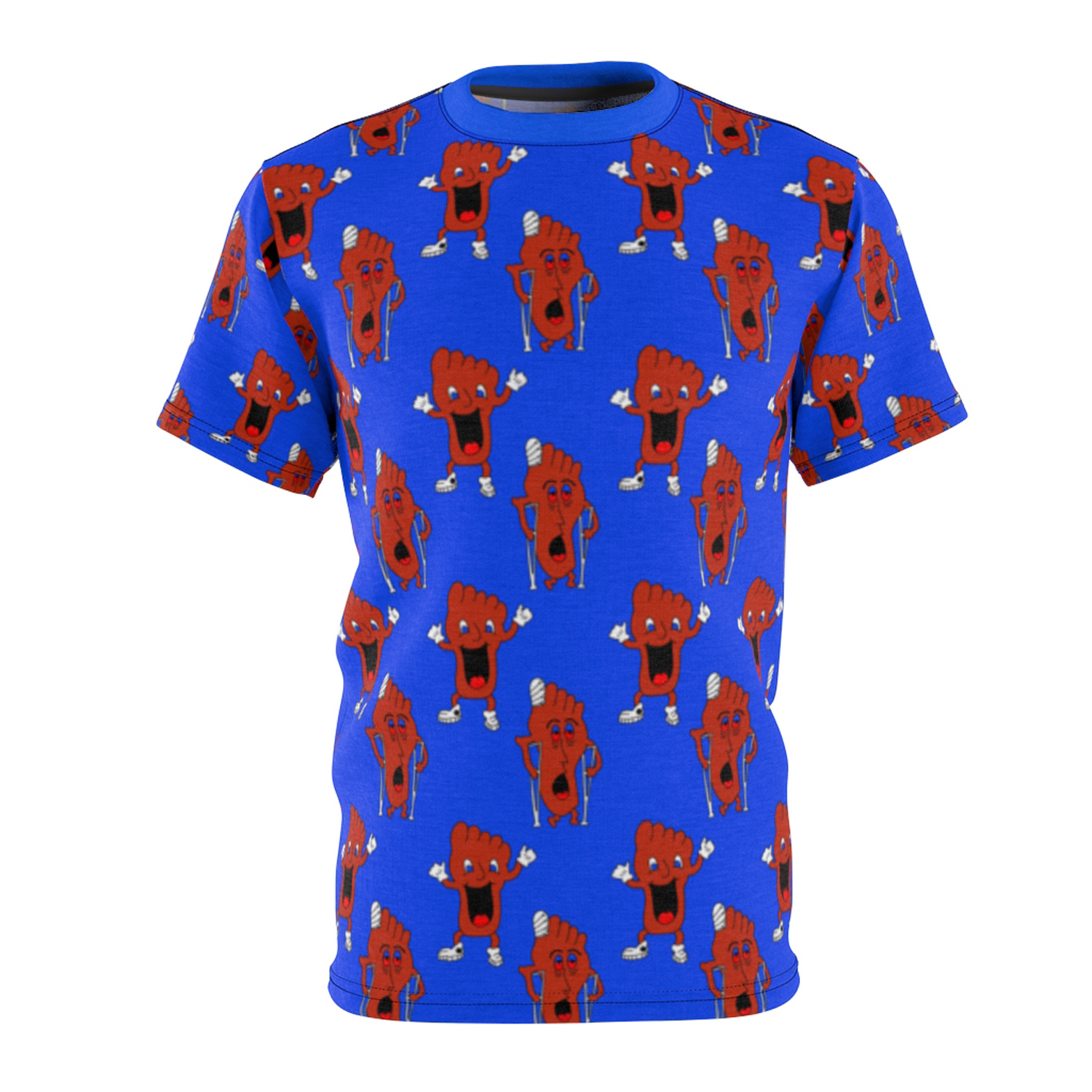 This T-shirt is inspired by the Happy Foot/Sad Foot sign in Silver Lake. According to legend, the sign, removed in 2019, predicted how your day would go. If you passed it when the happy side was facing you, the odds were in your favor. $45. 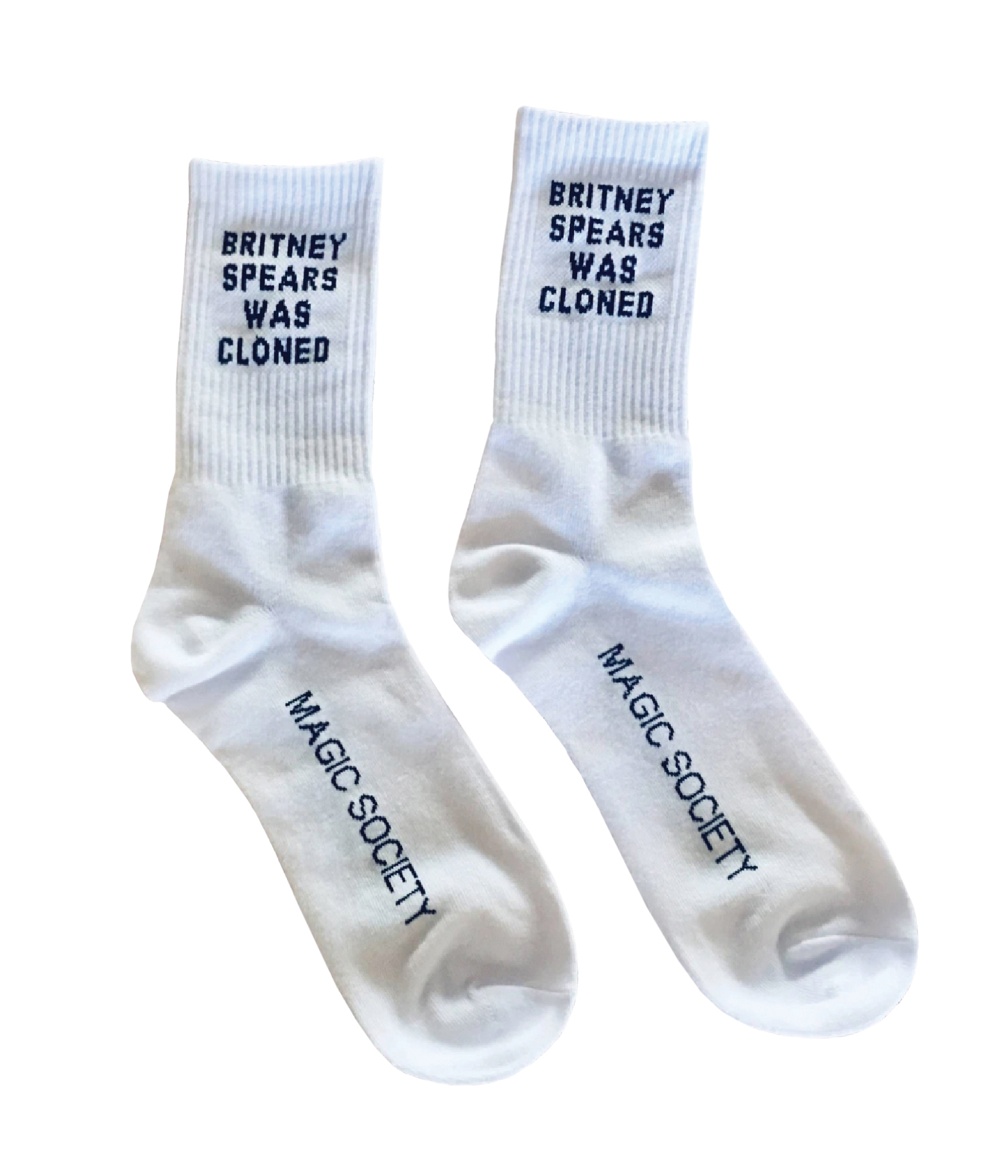 These “Conspiracy” socks are a great example of Daddona’s dark yet playful sense of humor. They’re perfect for QAnon theorists and Spears fans alike. $10. 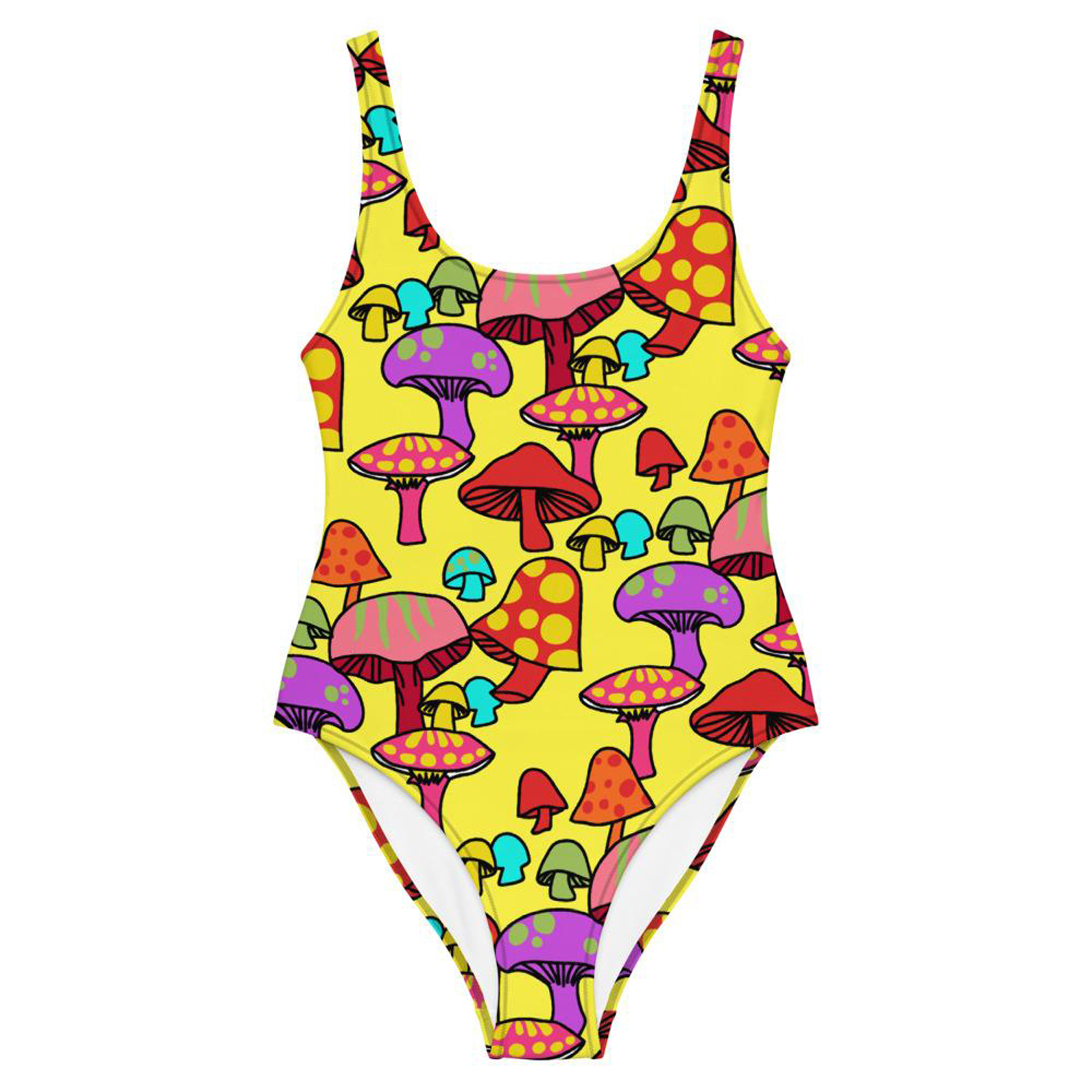 This cheeky psilocybin-covered one-piece is made of chlorine-resistant fabric and has a low scoop back. The suit’s high-cut bikini line, meanwhile, doles out large doses of skin. $45. 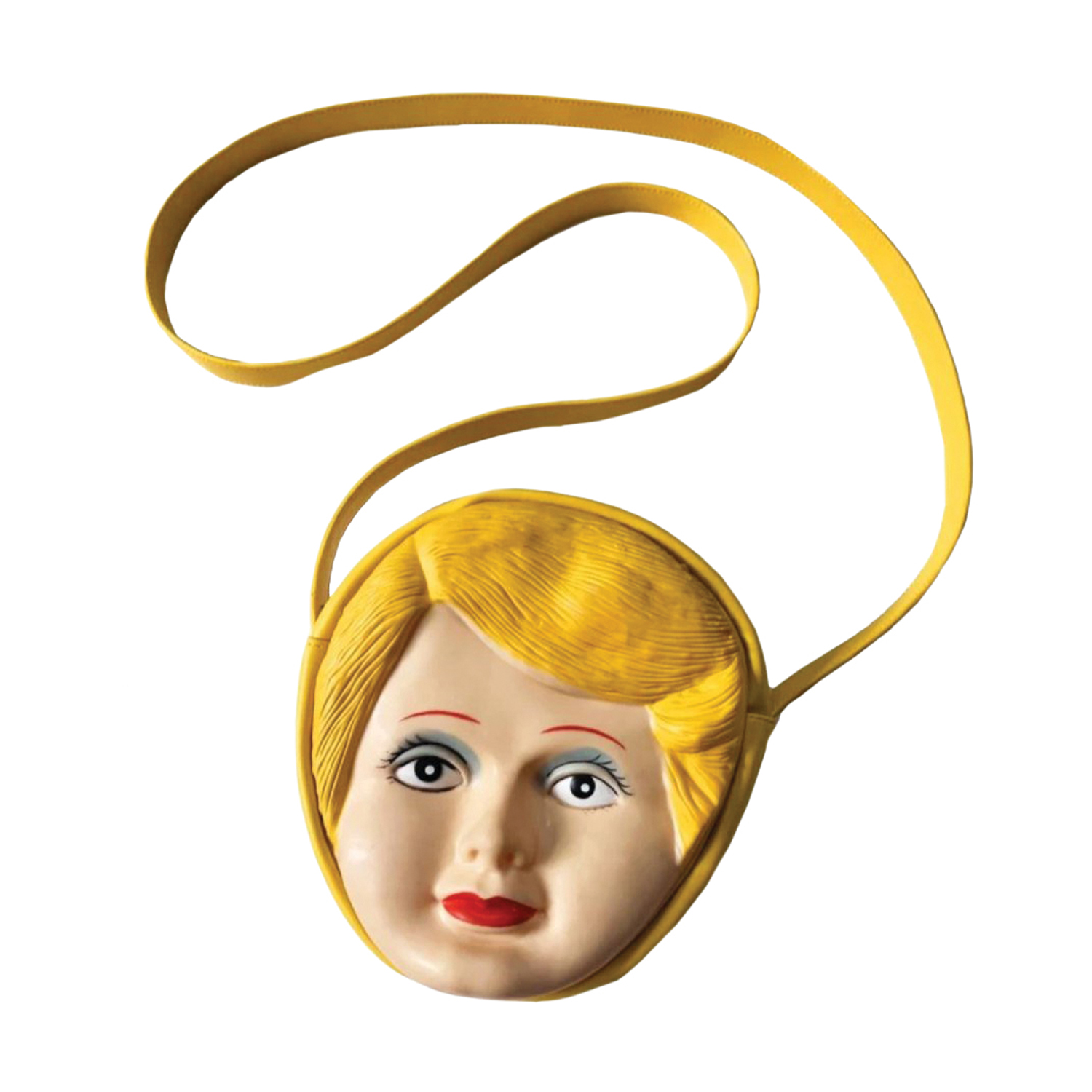 Made using the visage of a vintage blow-up doll, this cross-body bag is a real conversation starter. Daddona calls the purse equal parts “useful and terrifying.” $89. 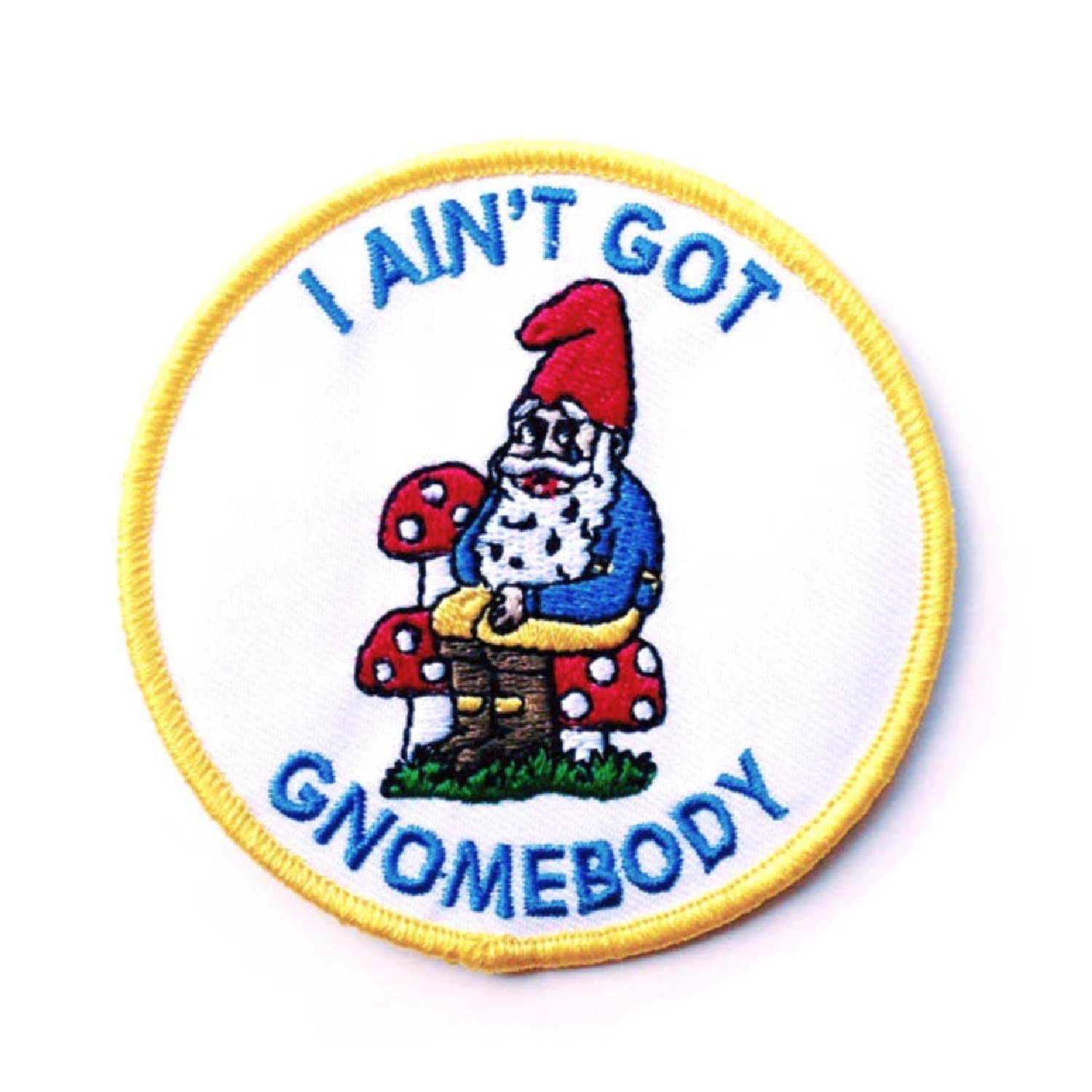 People who have had to go through the pandemic solo will commiserate with the sentiment expressed on this patch. If you’re one of them, wear it proudly—you’ve earned it. $10.