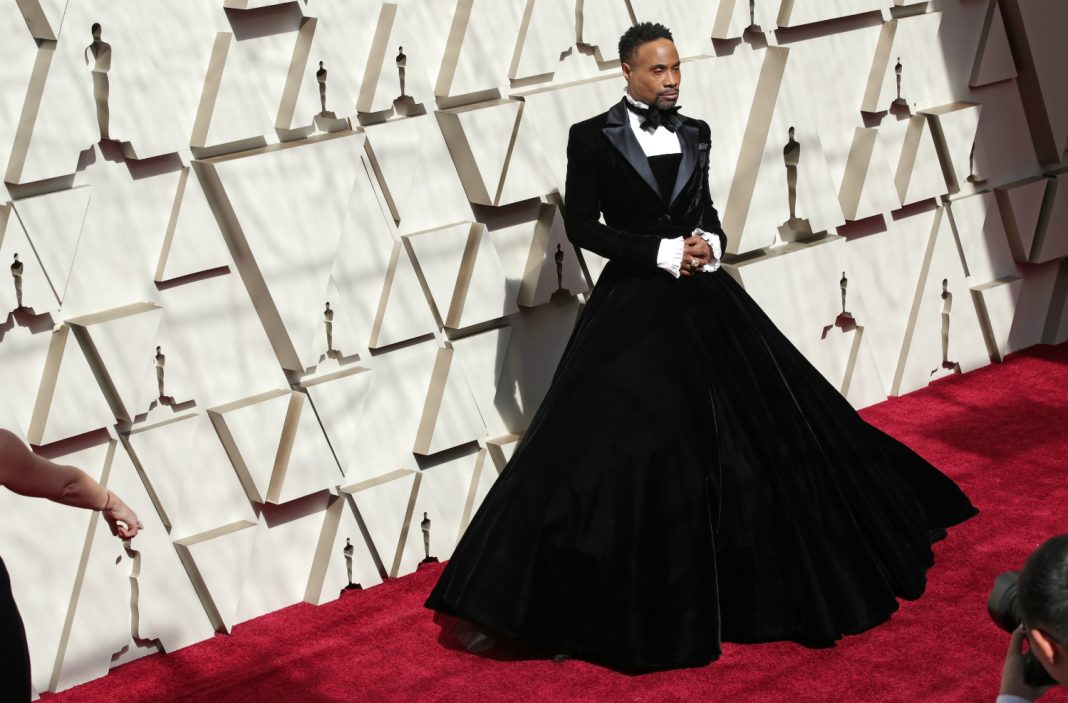 At last weekend’s Oscar’s, we witnessed the pinnacle of actor-singer Billy Porter’s style evolution. He arrived in a custom tuxedo-ball gown hybrid with a cummerbund bustier designed by Christian Siriano.

The Tony winner, who stars in the FX musical drama Pose, is as fabulous IRL as he is on screen. “One of the things I’ve realized is that I’ve always had a gender-fluid sensibility with clothes, and it was so squashed by homophobia,” Porter recently told The New York Times. He also admitted that he’s had a hard time getting designers to lend him both men’s and women’s pieces.

Take a look at some of the red carpet highlights that made him the icon he is today.

A fan of wide brim hats, Porter rocks a yellow one at this award show with a dress that looks like something Cersei Lannister might wear in Game of Thrones. Porter pairs it with printed silk pants.

Porter referred to this outfit—red velvet suit and black hat—on Instagram as his “Zorro moment.”

This custom couture look was designed by Rinat Brodach. Porter was styled by Sam Ratelle, who started working with the Kinky Boots star last year. Ratelle told Forbes, “There is always a time and place for every garment. One day it’s a dress, one day it’s a suit, and another day it’s something completely androgynous.”

This ensemble took six months to create with designer Randi Rahm. Porter said this of his Globes look:

“I’m in a space where, being on Pose, I’m invited to red carpets and I have something to say through clothes. My goal is to be a walking piece of political art every time I show up. To challenge expectations. What is masculinity? What does that mean? Women show up every day in pants, but the minute a man wears a dress, the seas part. It happened to me at the Golden Globes [when I wore a pink cape], and I was like, really? Y’all trippin’? I stopped traffic! That Globes outfit changed everything for me.”

Porter reached out to Project Runway alum Christian Siriano because he knew of the designers work with celebrities who aren’t sample size 0. When Leslie Jones couldn’t find a designer to dress her for the Ghostbusters premiere, Siriano stepped in and designed a custom piece for her. Siriano has dressed Christina Hendricks, Laverne Cox, and Whoopi Goldberg (along with Emily Blunt, Lady Gaga, and Rihanna). Siriano jumped at the chance to give Porter the gown of his dreams, of which Porter paired with six-inch chunky Rick Owens boots and Oscar Heyman fine jewelry (Porter is fan of the NYC-based jewelry designer’s brooches).

RELATED: The Oscars Didn’t Need a Host After All