If nearly five years of legal marijuana has left your California weed-buying experience feeling rather pedestrian, the folks behind Las Vegas’ wildly successful Planet 13 superstore are aiming to relight your fire with the biggest dispensary in the state when Planet 13 Orange County opens in Santa Ana next month.

Ten minutes south of Disneyland, the 55,000 square-foot “P13 OC”—as the marketing professionals hope it will be known—at 3400 West Warner Avenue is envisioned as a kind of FAO Schwarz for cannabis enthusiasts, with a 16,500 square-foot retail dispensary area, plus a restaurant and a “consumption lounge.”

The stately marijuana mecca will also feature Select and STIIIZY brands store-in-stores, an interactive digital floor, and a smoking VW van painted up like a Ken Kesey relic.

“We’re hoping to repeat what’s in Vegas,” Planet 13 co-founder Larry Scheffler tells CBS Los Angeles. “We’re now seeing 100,000 people a month coming into the Planet 13 store, and on Thursday to Sunday we have a 1.5 hour wait.”

While such extravagant lag times seem a tad counterintuitive for this kind of business, perhaps the 250 staffers Planet 13 OC plans to hire—including 80 “budtenders”—will help avert that aspect of the experience. 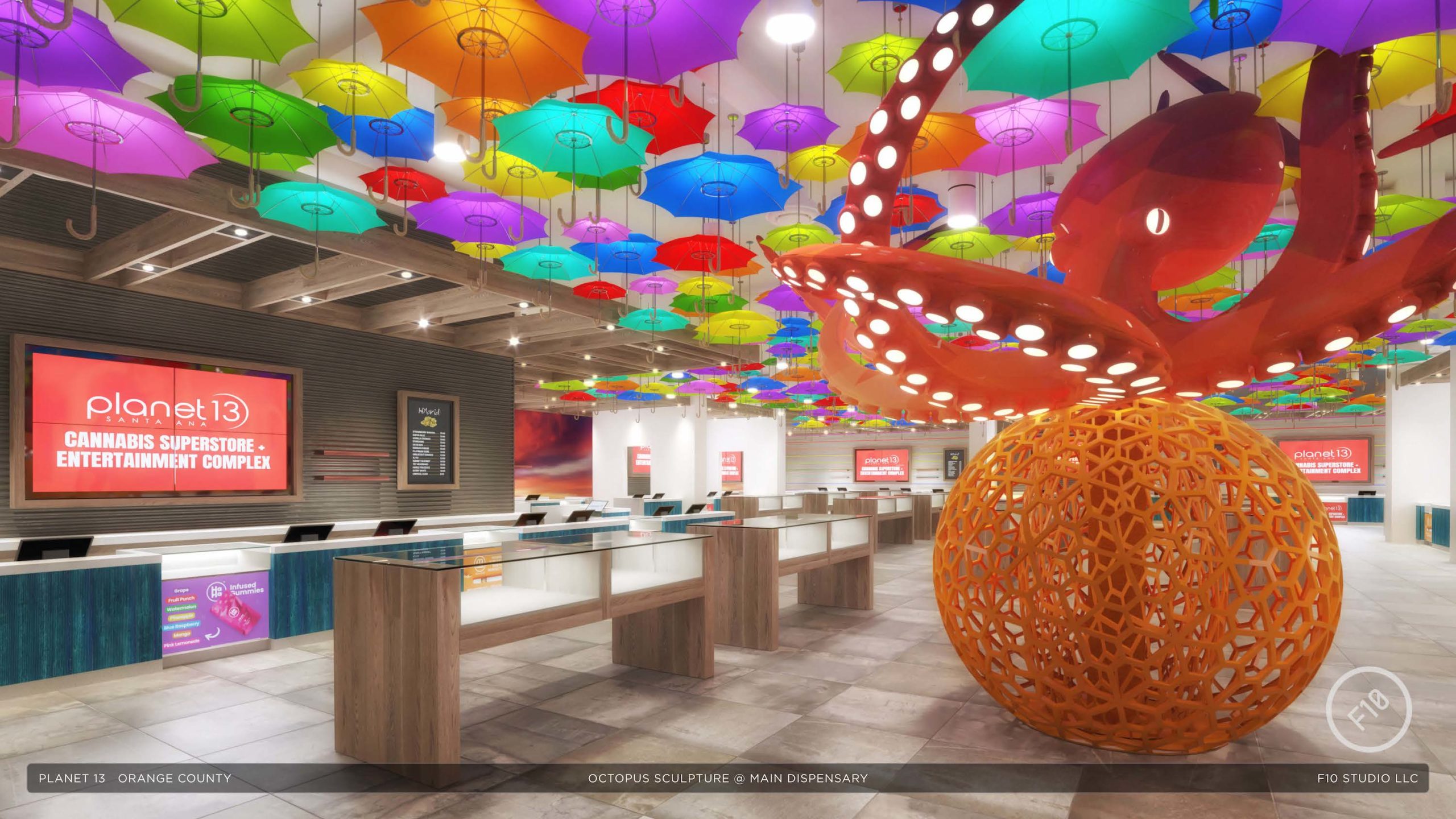 Some experts think a pot shop of  this magnitude is just what California needs because, despite being the first state to embrace weed liberation, other states have far less red tape and may be better prepared to handle complications if the industry becomes regulated by the Feds. In fact, Santa Ana is the only city in Orange County that even allows dispensaries.

“I know a lot of companies that operate in other states and have deliberately held off on coming into California because it’s so complex and because it’s so tough to get a business permit and be successful,” Marijuana Business Daily reporter John Schroyer tells the station. “Roughly two thirds of the cities and counties in California still maintain complete bans on all types of cannabis companies.”

Scheffler agrees, adding, “Santa Ana, I think, was smart enough to realize, ‘It’s gonna come eventually, let’s be one of the first ones and do it the right way.'”