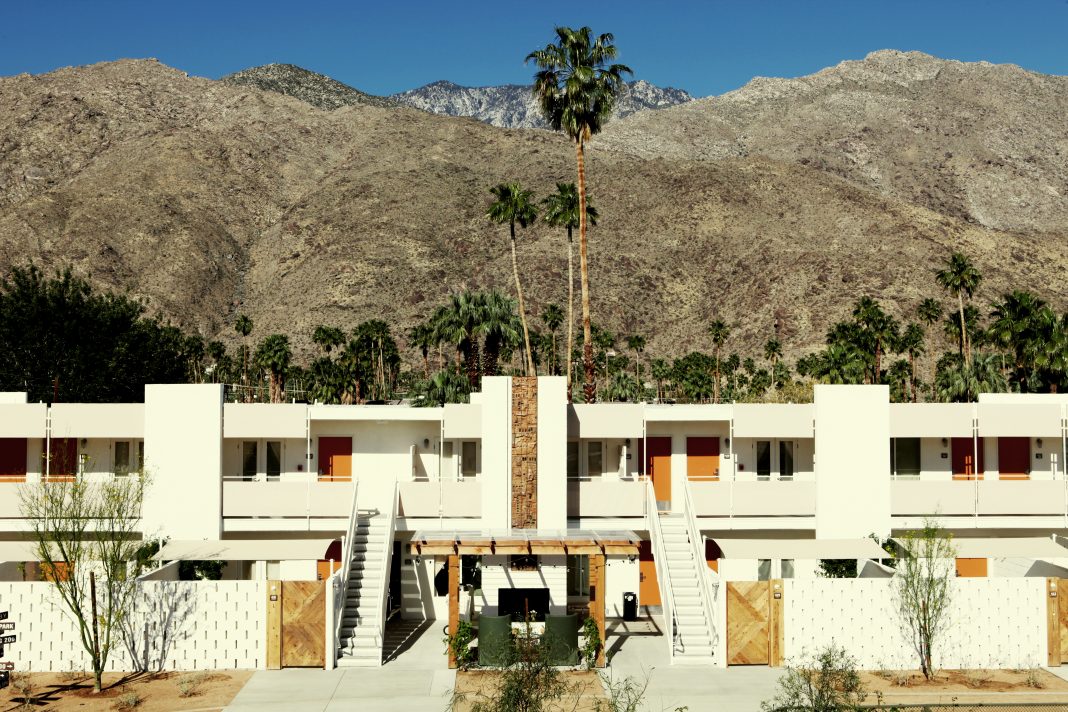 Ace Hotel is still tiny compared to the global mega-chains, but the boutique brand’s influence on how we travel far exceeds the size of its footprint. Now–after 20 years, numerous properties around the world, and building a brand that dabbles in facets of culture from design to dining–the company is celebrating a milestone.

To mark the 20th anniversary of the brand’s first hotel opening in Seattle, Ace Hotel is throwing a party at the Theatre in downtown Los Angeles on October 18. The event features performances by Ryuichi Sakamoto, who first played at the Ace’s flagship back in 2002; serpentwithfeet; and Zola Jesus. Proceeds from the tickets will go to charities Ace works with to inspire young people in the arts.

Kelly Sawdon, now Ace’s chief brand officer, has been close to the company since the beginning. She started working Alex Calderwood’s branding agency, Neverstop, but when Calderwood and his partners founded Ace Hotel, she soon found herself taking on responsibilities with the new company. Now she oversees Atelier Ace, the creative agency behind Ace (and the new Sister City and Maison de la Luz hotel concepts). Sawdon gave us the run-down on how the brand was born and how its managed to stay hip for 20 years.

Take us back to the end of the ’90s, when the founders are hatching the plan to open the first Ace Hotel in Seattle. What was the inspiration?

Ace Hotel was started in 1999 in Seattle by a group of friends who wanted to build a place for friends to stay that felt authentic, human, and energized by the things they were interested in, including music, art, design and food. It was a place for the touring musicians and artists in their community to have a place to stay that felt like home, where they would feel genuinely cared for.

The founding team didn’t have industry backgrounds, but thought that hospitality could be defined by compassion, creative collaboration, and doing things with empathy, curiosity and conviction. They were curious about disparate things and looked for inspiration in unexpected places. It happened to take shape as a hotel, a platform fueled by their interests in art, interior design and hosting friends old and new.

Was it always the vision to become a global chain, or were they thinking they might just stop with that first one?

Ace was built as a platform for others, intersecting the hyperlocal community with globally-minded travelers as a cultural hub for everyone. When we opened, there were already dreams to open Ace in Japan and Europe. Over the last 20 years, we’ve gained experience, grew our family and have opened hotels across North America, in London, and in Kyoto, which opens next spring. Our origin story is still largely how we operate: we create platforms for others to animate, bringing the city in and making room for culture to flourish and evolve as a central gathering place for visitors and locals alike.

When did the Palm Springs property first come up as an idea? It feels like the opening of the Ace there was truly a pivot point for that whole city.

Palm Springs at the time was nostalgic and a little bit sleepy, but we fell in love with the bones of the building and the rich history of mid-century design and modernism. Coming from the Pacific Northwest, the desert vibes and heat were a welcome juxtaposition to Seattle and Portland’s wet greenery–but at the time, there really wasn’t a place in Palm Springs for our friends to stay when they visited.

We imagined Ace Hotel Palm Springs as an oasis in the desert, threaded to the ineffable bohemian vibe, and a landing pad for city dwellers and locals. We wanted to remind people why we all fell in love with Palm Springs in the first place. We were inspired by its history and nostalgic beauty, and decided to fully embrace exactly what Palm Springs was–including the bones of our building–instead of fighting against it.

We spent a lot of time on the ground before we opened. Listening and finding our people who would become beloved, longtime collaborators at Ace Hotel & Swim Club and beyond was a priority for us. When we needed vintage furniture for the hotel, we looked for it in town and were able to source it from local antique shops. Like in all our projects, we tapped into the local community of artists, musicians, and mavericks to amplify their voices and share it with our audience.

Ace Hotel & Swim Club opened in 2009, and something we’re seeing is that our first guests come back every year for an annual pilgrimage–now with their kids in tow. We feel honored to be stewards of a place that’s a site for memories and travel traditions and hope to be there for future generations to come.

And then in 2014, you open the DTLA Ace. Can you tell me a bit about why you wanted to put your Los Angeles hotel in downtown, to have the theatre, and to participate in the revitalization of that part of the city?

Sometimes you just fall in love with a place, and that was the case with Ace Hotel Downtown Los Angeles and the Theatre. The spirit of these monuments to the arts from the ’20s was palpable. We were excited about the opportunity to reimagine these magnificent pieces of history for a new generation of travelers and Angelenos.

The Theatre, which was built by Mary Pickford, Charlie Chaplin, and Douglas Fairbanks, was their way to take back creative control from the industry; we were inspired by their rebellious and fearless approach. It’s an incredible piece of architecture, and we wanted to restore it to its full glory and rightful place in Los Angeles as a public space for experiencing powerful live performances as a community.

We wanted to reintroduce world-class art, film, and cultural interaction back to the Broadway District, and worked with visionaries, artists and curators to fill our spaces with their distinct point of view. We feel lucky to be part of bringing people downtown around culture, gathering—and really good food. Our culinary partner for Best Girl, Michael Cimarusti, won the James Beard Award for Best Chef West this last year.

For both the L.A. and Palm Springs properties, you collaborated with the local design firm Commune. Why did you select them and what can you tell us about what you were going for with the collaboration, and the design of those spaces overall?

Commune Design’s philosophy aligns with ours. They’re deeply collaborative and seek out artists, craftsmen, curators, and galleries to bring a space to life and add depth and soul in unique ways. They’re intuitive, and pay attention to the smallest detail, finding inspiration in unexpected places and deep dive into the local history and nuance of a neighborhood. We work from this same mindset, and are always eager to share ideas and concepts with them, building and designing a hotel together rather than in silos.

For Palm Springs, we looked directly to the building and surrounding desert aesthetics, layering in a lot of textiles and warm muted colors. We also dedicated a wall for a large artist mural that changes every year. We wanted to take advantage of the weather with swimming pools, nighttime fireplaces and included outposts like our Little Bus by the pool and the Feel Good Spa.

With Ace Hotel Downtown Los Angeles, we wanted to honor the scale of the space and the neighborhood’s rich history of art and cinema, and had the Haas Brothers draw directly on our walls and artist/director Mike Mills create art throughout. We also had high-desert artist Alma Allen custom create fixtures and furniture for both Palm Springs and L.A.

Digging deep into the idiosyncratic personality of each city is something we share with Commune Design, who we have now worked with for over a decade–and are currently partnering with on Ace Hotel Kyoto.

Where does it feel like the Ace brand will go for the next 20 years?

It feels really open and exciting because we follow the paths that we design and never work from a set plan or formula. Our future’s open to new opportunities and projects that push the needle forward.

We’re opening Ace Hotel Kyoto in the Spring of 2020, and just announced our first Australian outpost, Ace Hotel Sydney, slated to open in 2021. We opened Sister City in New York City and Maison de la Luz in New Orleans this past year, two new hotel brands that share a love for people and cities, but express them in radically different ways.

Being able to grow, take risks, and learn is endemic to having the freedom and flexibility away from following a blueprint, but we always remember our core principles: doing things with kindness, empathy and compassion and thinking of hospitality as friends taking care of friends.

RELATED: 23 of the Best Bars in Downtown L.A.