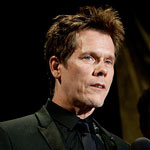 Bagels, theater, sports teams, food trucks—when it comes to the culture war that is New York vs. Los Angeles, we’ve thought we’d heard every argument in the book. Then we interviewed Kevin Bacon. The actor, who shares his L.A. Story in our January issue, used a common experience—the house tour—to compare the coastal cities.

“It took us a very long, long time to find a space that we wanted to be in all day. In New York, it’s about having any place to crash and to sleep in, but then you go out and you enjoy the spaces—the bars and restaurants, the avenues and the parks,” he said. “In L.A. it’s about creating this magical space in your own home. You see it in the way that people entertain here. They’re constantly having people over. I always joke that every time you go to somebody’s house in L.A. they give you a house tour. You don’t go to a typical apartment in New York and get an apartment tour. I can’t remember ever somebody saying, “Hey, would you like to see my apartment?” Maybe because the tour would be a little too short.”

Bacon has a point, and it gave us an idea: The next time someone starts telling you New York is superior to L.A., invite them over to finish the conversation.

The Apartment by The Line Just Moved to Melrose Place