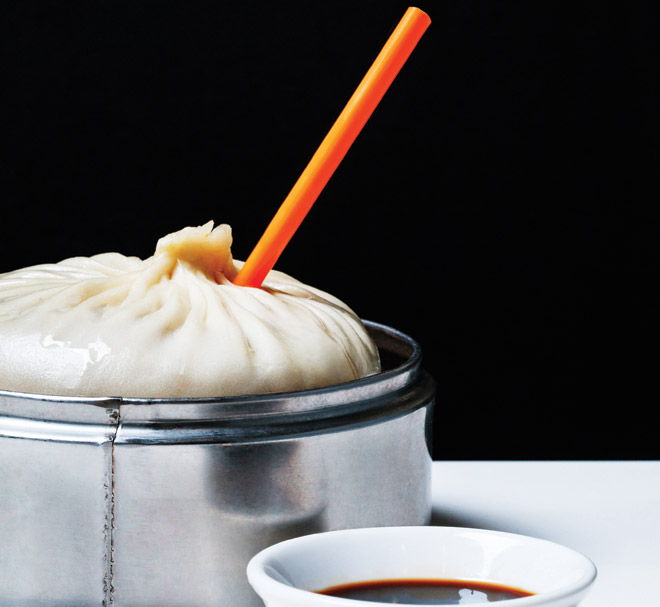 Eastern Chinese: Tang Bao
Yes, that’s a drinking straw sticking out of the house specialty at Wang Xing Ji, an offshoot of the century-old restaurant in Wuxi, near Shanghai. Tang bao is a grapefruit-size orb that’s bloated with soup in a steamer. As with its popular petite cousin, xiaolongbao, one slurps the savory broth before digging into the crab and pork filling. » 140 W. Valley Blvd., San Gabriel, 626-307-1188.

Polish: Pierogi
At the grandmotherly Polka pouches of hand-rolled dough encase fist-size quantities of ground pork and chicken, whipped potatoes and cheese, or stewed mushrooms with sauerkraut. The gnocchi-like kopytka are the perfect starchy side for beef stew, but purists simply use a dab of butter. Poles love their dumplings so much; they make berry-filled versions for dessert, too. » 4112 Verdugo Rd., Eagle Rock.

Russian: Pelmeni
Russian dumpling parlors, or pelmennaya, serve this tortellini-like offering, which is made in mass quantities, frozen outdoors, and consumed through the winter. At Russian Dacha Cafe plump morsels float in consommé with a dollop of sour cream. » 5338 Laurel Canyon Blvd., North Hollywood, 818-509-5828.

It Is Crucial That You Try These Gigantic Korean Dumplings