Home Uncategorized We Spoke Too Soon: STAPLES Center is NOT Going All Veggie for... 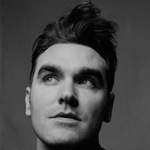 Ah, well. It was a nice thought for vegetarians like myself. That the STAPLES Center was gonna go all vegetarian for a day, and that its McDonald’s would be closed while Morrissey took the stage on March 1st.

Alas, it turns out that the singer’s announcement of his “victory for the animals”—which we reported on yesterday—was a bit premature. The STAPLES Center sent out a press release explaining that it will in fact not be going all veggie, but “will be adding a variety of vegetarian food items to those already offered at concession stands throughout the arena.” The STAPLES Center was recently named the most vegetarian-friendly NBA venue in the country by PETA.

“Additionally, STAPLES Center’s management will be reaching out to restaurants across the street at L.A. LIVE to suggest adding special vegetarian options to their menus for the evening and will also be contacting PETA to offer them the ability to set-up an information booth on the Main Concourse to interact with guests attending the sold-out concert.”