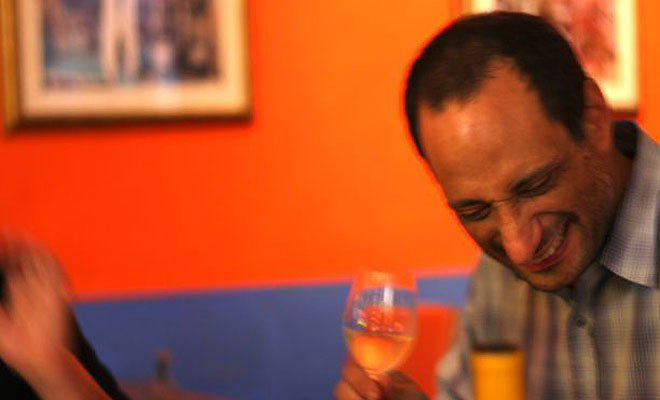 We couldn’t be happier for Lou Amdur, former owner of Lou on Vine and current Los Angeles magazine wine columnist. Our resident oenophile recently announced to the Daily Dish that he’s teaming with Jessica Koslow of Sqirl (another one of our favorite people) to open Lou Provisions and Wine next door to the Virgil café. The 900 square-foot space will offer affordable wines (“90-percent will be $25 and under,” says Amdur) as well as specialty foodstuffs like cheeses (which he’ll ripen himself), nuts, olives, canned fish, breads from Proof Bakery, and more.

“I never really fancied myself a grocer,” says Amdur, “but Jessica and I have been trying to find a way to work together for a while, and when the La Raza market next door to Sqirl left, it just made sense.” Amdur also plans to bring in a couple of stone mills in order to grind fresh mustards and even some whole-grain flours on-site.

We’d be thrilled if that were all, but as Ron Popeil would say: But wait, there’s more! Amdur has plans for a second top-secret space that’s “not too far from Silver Lake.” This one is a whopping 1600 square feet, and will feature some higher-end bottles including special occasion sparkling wines. More importantly, though, this space—known as Lou Wine Shop and Tastings—will feature a tasting bar. Anyone who visited Lou on Vine will know that Amdur is at his very finest when he’s pouring great wines and telling their stories. Here, he can do that again.

So, why isn’t he opening another restaurant? “I didn’t want to do the food thing anymore,” he says. “Running a restaurant is intrinsically complex, and just isn’t getting me any closer to wine. Now, I really just want to focus on the wine. And with the two wine shops combined I’ll be able to stock more than 300.”

The focus at both shops will be on “organically grown, traditionally made wines and traditional grapes—primarily old world.”

“I’m excited about recovering and recapturing our viticultural patrimony,” says Amdur. “In this age of homogeneity, it’s amazing the amount of regional biodiversity we still have—but it’s very fragile. It’s important to drink these wines. If you want these wines to exist, you need to create a market for it.”