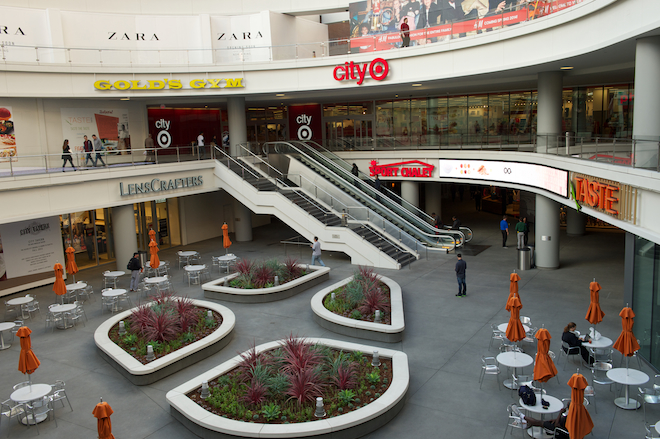 FIGat7th, the shopping complex on the corner of 7th and Figueroa downtown, is quickly turning into a nightlife and dining destination. Yesterday, Silver Lake-based Pazzo Gelato opened a shop inside the mall. In two weeks, another location of Jimmy Shaw’s Loteria Grill, along with his new Torta Co. concept, will officially open to the public on December 13.

Fans of Culver City’s City Tavern will be happy to learn that a new outlet of the gastropub will open inside FIGat7th early next month as well. Partners Ken Kaufman, Brian McKeaney, and Dave Northrup—the same team that built Rush Street—are behind the new space, which is twice the size of the original. Inside, you’ll find a sizable cocktail lounge (with 27 California craft beers on tap) and dining room. Jessica Christensen is the culinary director for the group. The menu will serve the same sorts of market fresh fare that’s just rich enough to pair well with a beer or two.

And on the topic of beer: Mendocino Farms, which operates a location out of FIGat7th, will be getting a beer and wine license as of mid-December. A glass of wine and a sandwich? Sounds like a nice afternoon in the city.