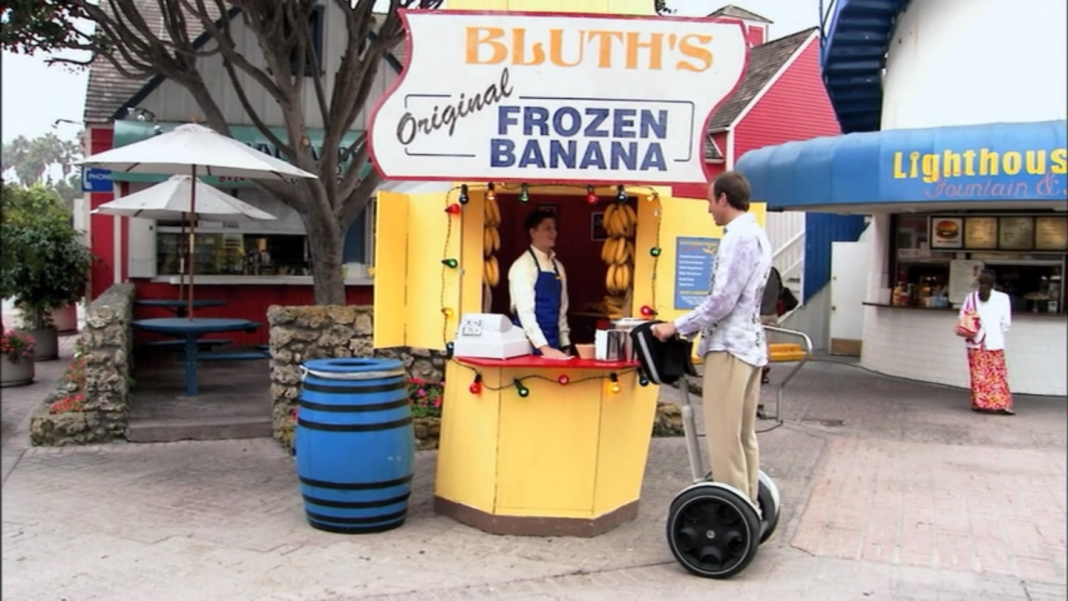 On Sunday, May 26 (18 days from today), Arrested Development returns to Netflix, and to celebrate its single season return, they’re taking The Banana Stand on tour. The Fox series, which follows Michael Bluth and his charmingly dysfunctional family, aired for three seasons between 2003 to 2006. The series has since gone on to garner a cult following. DVD owners and Netflix users have been watching and re-watching each episode for the last few years, picking up bits of trivia and additional jokes along the way, and in doing so, have kept it alive in the zeitgeist. As it has always been filmed in Southern California (primarily in Marina del Rey and Culver City), we’re happy to hear of its recurring success.

For anyone familiar with the series, the quote, “There’s always money in the banana stand,” will elicit a knowing chuckle. (For everyone else: start catching up on episodes now.) Bluth’s Original Frozen Banana Stand begins its first and only international, multi-city tour today in London. At the end of this month, it will move to the States and eventually make its way to sunny L.A. Stay tuned for its SoCal arrival, and follow @ArrestedDev on Twitter for information on how to meet members of the Bluth family at the stand.

Leslie Jordan Dishes on His Drug Years, Getting Shot with a Crossbow, and the One Person He Hated Working With