Home Uncategorized Save the Date: The Golden State of Cocktails Debuts in 2014 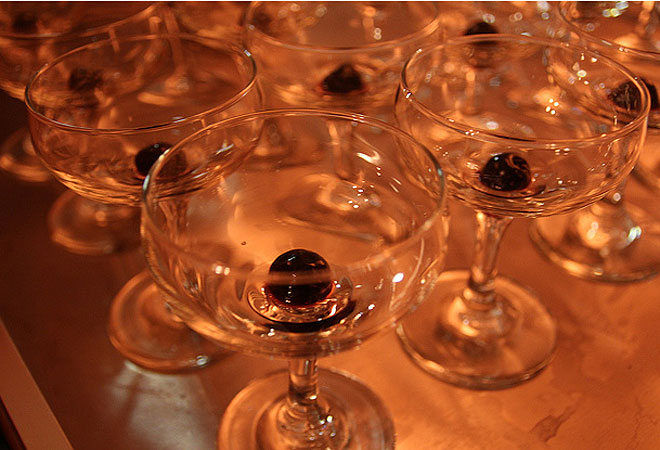 Los Angeles finally gets its own cocktail week! Well, sorta. At a press conference Sunday in the L.A. Times building downtown, an “advisory board” consisting of L.A. cocktail luminaries like Aidan Demarest (Neat), Cedd Moses (The Varnish, Cana Rum Bar) and Mark and Jonnie Houston (Pour Vous, Harvard & Stone) announced the debut of California’s first annual cocktail event, The Golden State of Cocktails, which is slated to take place January 26 through 28 in 2014, in Los Angeles.

“From San Diego to San Francisco, California bars have won the top three categories in the last two years at Tales of the Cocktail Spirited Awards including Rickhouse, The Varnish and the Slanted Door, reflecting the breadth of our homegrown talent,” said Moses. “The Golden State of Cocktails strives to celebrate and expand this role as a leader in the industry.”

Since this is for the entire state, it’s not clear yet if the event will work in conjunction with the other cocktail weeks that have been going on for many years in San Diego, San Francisco, and Sacramento. But the advisory board is awfully L.A.-centric with the inclusion of DineLA and LA Times among the Angeleno bar owners, and only a few Northern California and San Diego members.

Our town’s growing cocktail community is very strong and close-knit, but because of the nature of the city’s sprawl, past attempts to plan our own dedicated cocktail week have usually resulted in much head scratching. So this is all very exciting news (we finally sorta get a cocktail week!) and speculation is that the first event will take place primarily downtown, ground zero for L.A.’s cocktail movement.

What can cocktail fans look forward to at the Golden State of Cocktails? Will it be all beachside cocktail parties and tiki seminars? A Metro bar hop mayhaps? No real specifics were given at Sunday’s event. “At the moment it’s more of a ‘Save the Date,’” said advisory board member Jared Meisler (Roger Room, The Pikey).

But the three-day celebration will feature a tradeshow, ceremony and festival for cocktail industry folks and media as well as a gala celebration for consumers. And Alex Day and Dave Kaplan (Proprietors LLC, NYC’s Death & Co.) are slated to handle its education portion, creating hands-on seminars.”

An actual lineup of The Golden State of Cocktails’ scheduled events will be available this summer.