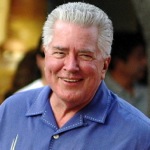 The news of Huell Howser’s passing came as a shock to us all. No doubt that he was—and will continue to be—an important part of California’s legacy. Funny enough, when our little Digest blog team all got together for the first time before our formal launch, it only took a few of Paul Sanguinetti’s drinks at Ray’s and Stark Bar to bring out all of our favorite California’s Gold memories, and of course, our best Huell impersonations. (Because everyone’s got one.)

Hard to believe that Huell’s gone, but not anywhere as hard to believe that there’s a dog… that eats avocados. Wooooowwww. Can you believe that? I’ve never seen an avocado-eating dog before. That’s amazing! One thing that’s become clear in the past 24 hours is just how loved Huell was, and how much he truly meant to people. Here are some of our favorite sentiments, captured from the almighty Twitter: