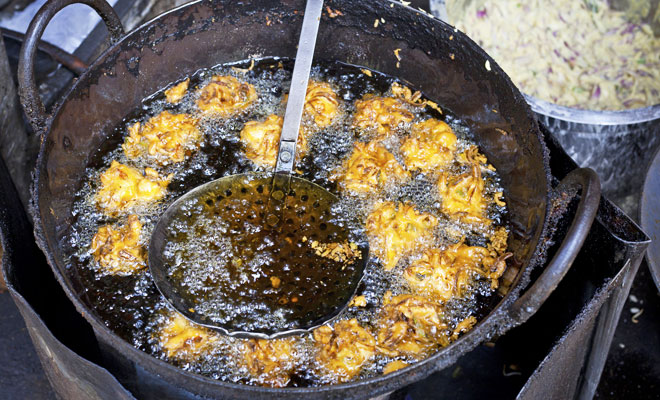 Could it be that the government of India was following my Facebook rant last week about the safety of eating street food in India? I have many friends that have been to India and have either used a guide or avoided street food altogether due to the real risk of food poisoning. I mean, if I’m going to India, I want to have at their amazing street food. I freaked out after I saw a Delhi article that surveyed local University students citing that more than 50% of the students had fallen ill, and 43% had to use medication.

I am not a person who fears street food—I dive head-first into street stands all over the world. To date, the sickest I’ve ever been was from a Jack in the Box meal in my ’20s—twice. I have never been sick from eating street food abroad.

Last week in Ahmedabad, Gujarat in northwestern India, the government of India and Ahmedabad Municipal Corporation (AMC) launched the Safe Street Zone Project. “We have identified eight street locations for the program,” said chief medical officer of the AMC, S P Kulkarni. “We will train vendors to wear disposable gloves and aprons and even provide them with these and teach them hygiene practices. In the first batch we will train 350-odd vendors.”

Vendors that are selected for the program will get the Clean and Tasty badge, which should be a boon to their businesses.

In the meantime, we have clean and tasty right here in our own backyard at Best of L.A. winner for best regional Indian vegetarian, Little India’s Surati Farsan Mart, located on Pioneer Boulevard in Artesia.

The restaurant has Gujarati street specialties like khandvi, a savory, rolled paste of gram flour and yogurt that’s ideal as an evening snack with tea, or bhel puri, a puffed rice salad with a tamarind sauce. Pani puri is the ultimate street food experience: Picture yourself gathered around a food stall in Manek Chowk—a square in Ahmedabad—popping bite-sized stuffed crisps with fillings of vegetables, flavored water, and spices.