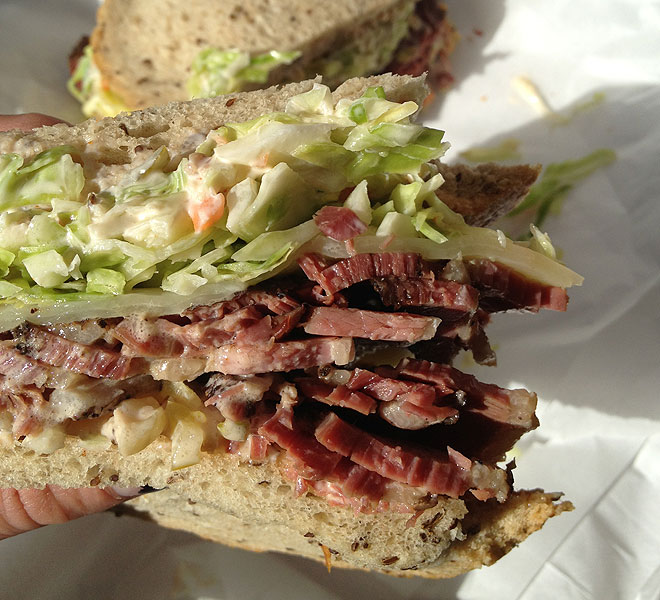 The Verdict: From Katie – “This deli has stood on its little corner of Alvarado and 7th in the Westlake neighborhood for over 65 years (that’s since 1947 folks) for a reason. Every bite of this proves it. I don’t usually like sandwiches (heck, I’ve been ordering the same Subway sandwich since I was three), but this towering tribute to Jewish deli tradition has made me rethink everything. The pastrami is warm, sliced to the perfect thickness. The crunchy coleslaw and Russian dressing perk up your taste buds, and the rustic rye bread add another layer of texture. I could eat this any day of the week. I understand now why Nora Ephron called it a symphony, and one local Korean man called it ‘Jewish kimchee.’ De-light-ful.”

This Tiny Café Might Be Silver Lake’s Next Big Thing

5 Patty Melts That Are Totally Worth the Indulgence

How the Grinder at Gwen Achieves Transcendent Sandwich Perfection