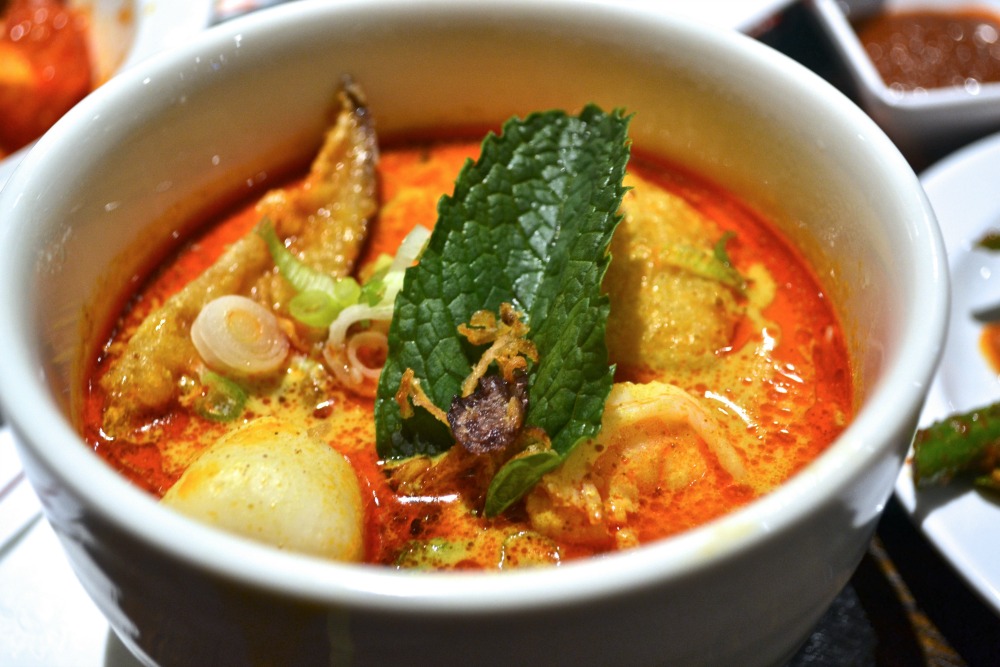 According to an industry report compiled by the National Restaurant Association, the top three trending flavors of 2014 are Korean, Peruvian, and Malaysian. We Angelenos are quite familiar with Korean and Peruvian cuisines thanks to influential chefs like Roy Choi and Ricardo Zarate, but the Malaysian culinary scene remains far less prominent in comparison.

Now, there’s a vigorous push to translate this Malaysian food “trend” into full-blown demand. A Malaysian governmental trade agency called Malaysia External Trade Development Corporation (MATRADE) is attempting to educate foodies about the rich and diverse heritage of Malaysia, which includes links to China, India, Thailand, and Java (an Indonesian island). MATRADE has chosen as its spokesperson a chef who is a fiftth generation descendent of spice merchants. Chef Christina Arokiasamy, Malaysia’s first Food Ambassador to the U.S., believes, “There is so much curiosity about Malaysian food that remains untapped in Los Angeles and the U.S.”

Without a doubt, L.A.—and its recognition as a world class food city—is one of the key locations for Malaysia’s culinary offensive. PappaRich, a five month-old Malaysian restaurant in the heart of Koreatown, is the headquarters for chef Arokiasamy campaign to seduce L.A. using the flavors of Malaysia’s most popular plates.

The gateway snack roti canai ($3.99) is one of the least intimidating ways to get hooked on Malaysian cuisine. With roots from India and China, this airy, flaky flat bread is substantial enough to dip in coconut curry. There is an elasticity to the roti canai that makes it a pleasure to chew, especially when scooping up soft, curried potatoes.

Slow-simmered chicken in spicy tomato sauce known as ayam masak merah ($9.99) sees a spike in dining rooms on Eid, an important Muslim holiday marking the end of Ramadan. It’s also a traditional Malay wedding favorite. Typically this dish includes a variety of spices from turmeric to cardamom, adding a great deal of depth to the tomato base. PappaRich throws in tamarind for a sweet and sour dimension.

Sambal shrimp ($9.99) is a Nonya-style classic of sauteed shrimp in sambal chili sauce and belacan shrimp paste. The significant umami savoriness from fermented seasonings like fish sauce and shrimp paste makes this dish stick to your tongue hours after its been eaten.

The hope is by the time you’ve munched on the kaya toast ($3.29) slathered with coconut and pandan jam, you’ll be entranced by the tastes of Malaysia and seek out more of its foods. Also, to tweak a phrase, “If you cook it, they will eat.” Those are words by which Malaysia’s new Food Ambassador can surely live.