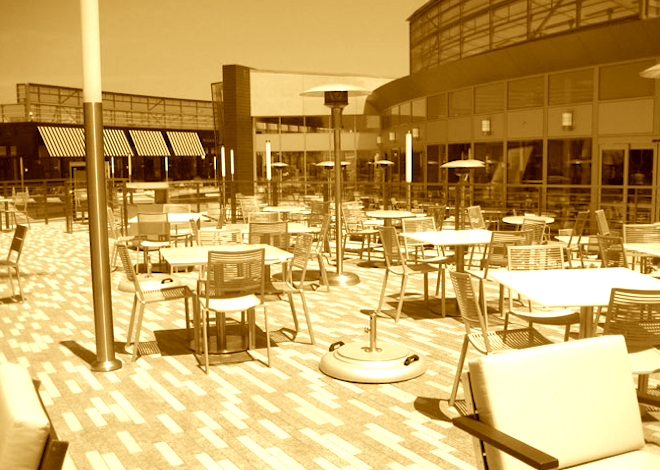 A couple of weeks ago, we were surprised to learn that Piero Selvaggio, owner of one of the city’s classic fine-dining Italian establishments, had put Valentino up for sale. The Santa Monica-based restaurant has won numerous accolades in its 41 years of existence, and has been the site of countless business deals, proposals, and anniversary dinners. Selvaggio told the Los Angeles Times that he planned to relocate the historic restaurant, and not simply close it. But what are the chances that he’ll relocate the restaurant to another site in Santa Monica?

We say it’s looking slimmer than a strand of spaghetti.

In the last year, the number of chain restaurants to open in Santa Monica doubled as compared to the entire year before. All the while, long-standing local favorites like Michael’s, Josie, JiRaffe, and Mélisse have held on. The Third Street Promenade has always been a haven for chains—with Chipotle easily dominating the fast casual restaurant market—but these days, even the once-quieter stretches of Santa Monica Boulevard, Broadway, and Ocean Avenue that used to house local talent are being taken over by the big guys.

Dining options in downtown Santa Monica are now dominated by chains like Hillstone, P.F. Chang’s, and California Pizza Kitchen. Local businesses are getting in on the multi-unit action too; Santa Monica’s Tender Greens is one of the local company’s busiest locations. Burger Lounge, out of San Diego, recently moved into a spot on Arizona. The newly opened Seasalt Fish Grill is from the same owners as local chainlet Jack n’ Jill’s. And don’t forget the massive 800° Degrees location that’s set to open later this year.

We can’t blame local restaurants for wanting to grow their footprint, especially when their product is top notch. But this all comes at a cost to the consumer and the city’s culture. The retail culture in Santa Monica is already beyond watered down; does the restaurant scene have to follow it down a path of bland tastelessness? Is downtown Santa Monica going for McDonaldization?

Competition for restaurant real estate is only growing. Casa Martin (which opened earlier this year), Blue Plate Taco and Blue Plate Oysterette—all located right on Ocean Avenue with views of the Santa Monica Pier—will soon compete with a new location of Seasons 52 and Del Frisco’s Grille, a Texan chain.

Santa Monica Place, the mall that sits at the corner of 4th and Broadway, brought with it niche chains like (vegetarian-friendly) True Food Kitchen and (modern Mexican) La Sandía. This month, Santa Monica Place welcomes yet another would-be chain: Redwood Grille. It’s the first location for this surf and turf concept from Unique Hospitality, a group out of Toronto, but if all goes according to plan, it won’t be their last. Last but not least, Chipotle is launching a spin off Asian concept, ShopHouse Kitchen, set to make its Santa Monica debut later this year.

Let’s just call it ironic then, that just as the Santa Monica Farmers’ Market remains one of this country’s best and brightest, most of the restaurants that surround it may never take advantage of its charms. As Santa Monica grows, where will its local flavor go?