Home Uncategorized Freaking Out: Keeping Up With the Sriracha Saga 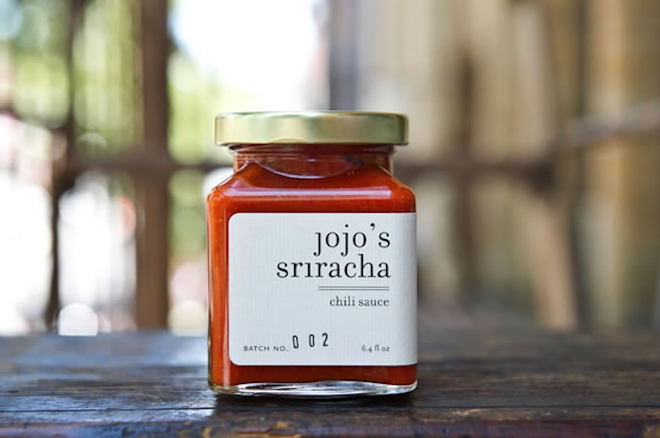 27 October 2013: The first ever Sriracha Festival takes place in downtown L.A. and is hosted by Randy Clemens (author of the Sriracha Cookbook), David Tran (owner of Huy Fong Foods, one of the largest producers of Sriracha worldwide), and Joshua Lurie of Food GPS.

28 October: Huy Fong Foods is sued by the City of Irwindale for causing “burning eyes, irritated throats, and headaches” among local residents.

31 October: Judge Robert H. O’Brien denies the city’s request for a temporary restraining order, calling the request to halt the factory’s operations “rather edgy.”  Irwindale City Attornye Fred Galante tells the Times: “We’re still pursuing this. This is just one of the various legal tools available.” A hearing is set for November 22.

9 November: David Tran, Huy Fong Food’s director, claims that if his company is forced to halt Sriracha production, they may go bankrupt, citing a potential loss in excess of $10 million.

22 November: Judge Robert H. O’Brien delays his ruling, explaining that he was not provided with air-quality control reports from near Huy Fong Foods and was unable to make a decision until he had adequate information. Huy Fong Foods claims that the smell residents are complaining about is not coming from their factory.

27 November: Everybody freaks out.

2 December: Larry Hagman lists “The Last Packet of Sriracha Ever Made” on eBay for $10,000.

11 December: The California Department of Public Health orders that all of Huy Fong Foods sauce shipments (including any Sriracha it produced before production stopped) are halted for one month to determine the stability of the product’s ingredients.

Hey, other purveyors produce Sriracha for purchase. Where to get the special sauce in case your local shop runs low:

→ Windrose Farm: Farmer Bill has been making this roasted red jalapeño sauce for the last couple of years. Call ahead to order an 8-ounce jar ($8), available for pick-up at the farm’s stall at the Wednesday Santa Monica Farmers’ Market. It’s slightly sweeter than the commercially produced stuff, because Bill includes the farms’s own heirloom tomatoes in the mix. > 805-239-3757, windrosefarm.org.

→ Trader Joe’s: Huy Fong Foods does not make Trader Joe’s Sriracha so there’s no shortage of their shorter plastic squeeze bottles (18.25 ounces, $2.99) which are decorated not with a rooster, but with a dragon. > traderjoes.com.

→ Jo Jo’s Sriracha: It’s not made locally—Jo Jo prepares and packages her sweet, spicy sauce in Brooklyn—but it ships to L.A. The bright orange color comes from Jo Jo’s use of orange habaneros in addition to red jalapeños. > shop.bybrooklyn.com.

Dishes in L.A. that feature Sriracha

Slater’s 50/50 Sriracha Burger: How much Sriracha can you squeeze into one burger? Slater’s 50/50 took a stab at just that. Our own Eddie Lin has the full report.

This L.A. Restaurant Will Trade Its Food for Your Surplus Sriracha