Home Dining Where to Eat on Christmas Day in Los Angeles 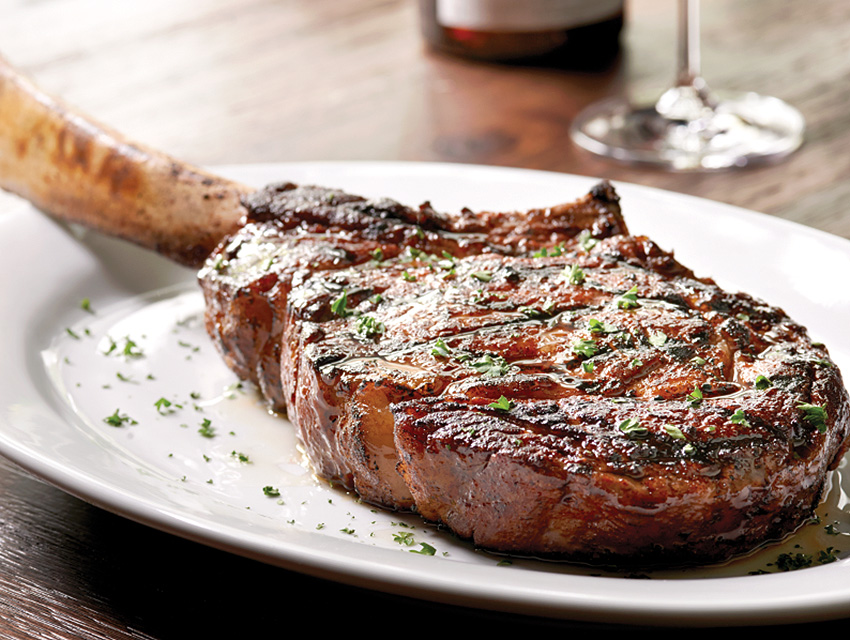 Look, if you’re not cooking at home this Christmas and you don’t have dinner plans by now, there’s a fair chance you’re going to end up at Denny’s or something (which, hey, no judgement). But c’mon, you don’t need to settle for that — you live in Los Angeles! Land of unlimited noshes! As it so happens, some of those fine noshes are open on Christmas Day, which means you don’t have to sacrifice flavor just because you’re dining out on the 25th.

So tell your auntie to put away that canned ham. L.A. serves up nearly every sort of cuisine on Christmas, including some of our favorite picks below. And in true holiday spirit, be sure to leave a larger tip than usual. Christmas dinner wouldn’t be possible without those putting in a day of work, whether at your own home or otherwise.

Go for the full English at this Hollywood pub, which is offering its annual Christmas spread with British goodies like roast goose and figgy pudding from 1 p.m. to 2 a.m. Properly Dickensian, it is! 7617 Sunset Blvd., Hollywood.

Consider this is one of those “Christmas in California” things: eating your holiday supper (served from 2 to 9 p.m.) with a panoramic view of the Malibu coastline and a nicely seared bone-in ribeye. Hard to beat, really. 18412 Pacific Coast Hwy., Malibu.

You can always count on this iconic West Hollywood delicatessen when you’re craving corned beef and matzo ball soup—it’s open year-round from 10 a.m. to 2 a.m. Pop into the wine shop next door afterward and get yourself something to sip by the fire. 8017 Sunset Blvd., West Hollywood.

Don’t act like you’re too good for Benihana on Christmas. It’s a teppanyaki dinner and a show! Name a better place to watch a chef in a tall hat turn an onion into a live volcano…we’ll wait. Open from 10:30 a.m. to 11 p.m. Various locations.

You might not know this, but Oaxacan mainstay Guelaguetza is LIT on Christmas Day (open from 8 a.m. to 3 p.m.). Come for the giant mole platters and tamales, stay for the mezcal and cumbia music. 3014 W. Olympic Blvd., Koreatown.

If you’re looking to stuff a gang of people with coma-inducing portions of meat, there’s no better option than Korean BBQ. A parade of meat platters, live-fire grilling, crunchy pickled banchan—it all amounts to a fine holiday feast. And lucky for you, one of L.A.’s most popular barbecue chains is open on Christmas from 11:30 a.m. to 1:30 a.m. Various locations.

The crowd-pleasing Persian-Armenian fare at Raffi’s Place—beef, lamb and chicken kabobs and some of the fluffiest rice in town—make for a marvelous Yuletide dinner. Plus their outdoor patio is a stunner.  They’ll be open from 11:30 a.m. to 9 p.m. 211 E. Broadway, Glendale.