Home Uncategorized Witty When Wet: A New Show Gets Into The Hot Tub 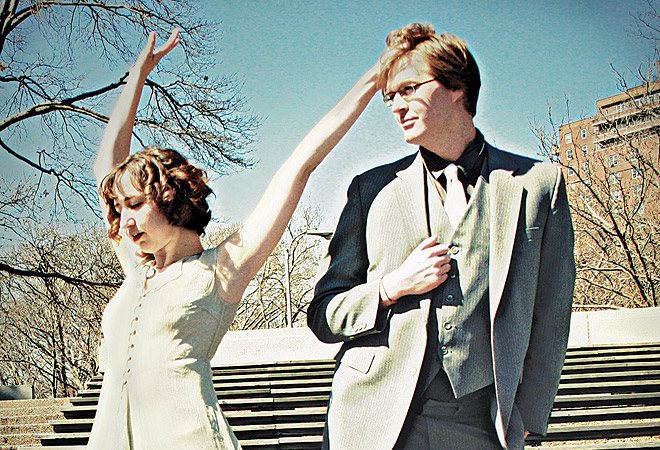 On any given Monday at Hot Tub with Kurt and Kristen you might see the Sklar Brothers relive an encounter with Richard Simmons, the Apple Sisters spoof the 1940s in song, and Aziz Ansari bemoan dating in the digital age. After hosting the exuberant variety show in New York for seven years, Kristen Schaal and Kurt Braunohler decamped to the Virgil in Silver Lake in January. By month’s end they were packing the house. Schaal, who lives in Burbank, has been a correspondent on The Daily Show, a voice actor on Bob’s Burgers, and a delightfully stalkerish girlfriend on 30 Rock. Braunohler, a resident of Silver Lake, has contributed to This American Life. The duo’s formidable lineup mixes unknowns with established performers who are trying out new material. What to expect in the future? “Two sketches about bears, two about flowers, and one about Brad Pitt,” Braunohler says. Schaal takes a broader view of Hot Tub’s rapid ascent: “You can never be liked too long in this town. We’ll do something and start the backlash.”