Home Beauty Wide Awake and Ready to Lift Off 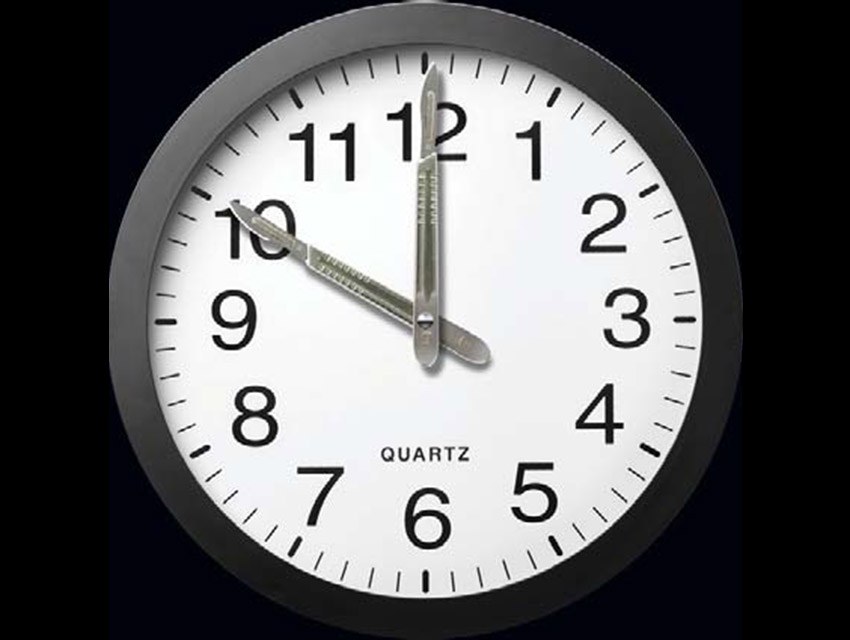 Most of us shudder at the thought of being carved up for several hours on the operating table, unconscious, only to look like Sloth from The Goonies during a grueling recovery period. But imagine a face-lift that takes 90 minutes, uses local anesthesia, and leaves you swollen but not hideous, with drastically reduced healing time. Here’s a countdown of one such minilift, pioneered by Beverly Hills surgeon Dr. Payman Simoni. Warning: It’s not for the squeamish.

10:00 a.m.
The pre-op pep talk
Dr. Simoni is in his office explaining to first-time patient Erin, a 52-year-old makeup artist, what to expect. For a year she had been considering having a face-lift before deciding to go with Simoni, who charges upwards of $12,000 for this swift, “awake” technique. He tells her she’s going to look 10 years younger. “How about 20?” Erin asks. They agree to split the difference: 15 years.

10:34 a.m.
A quick shot
Using a five-inch-long needle, Simoni injects Erin with local anesthesia: a mixture of Lidocaine (to numb the left side of her face) and epinephrine (to prevent bleeding and swelling). One of his two assistants sterilizes the area.

10:39 a.m.
The First incision
Scalpel in hand, Simoni begins cutting along the perimeter of Erin’s face, starting at her left temple and moving along the hairline as he makes his way to the back of her ear. “I can feel something,” Erin says. “Not bad, just a little cut.” Simoni administers more Lidocaine.

10:44 a.m.
Below the surface
At the incision line Simoni jams a pair of surgical scissors under the skin. He releases skin from the underlying tissue, similar to removing packed snow from a windshield. “The sound is the worst thing,” Erin says. “It’s crunchy.”

10:55 a.m.
The tear-away
Ten minutes later the skin on Erin’s left side—from temple to jaw—is separated from her face like an unzipped sleeping bag. The skin underneath resembles a slice of pizza after the cheese has been pulled off.

11:00 a.m.
Stemming the flow
A barbed hook is inserted into the skin to keep it in place while Simoni cauterizes blood vessels with zaps of electricity. There’s a sizzling sound and the faint smell of lightly seared flesh.

11:05 a.m.
“X” marks a new spotWith a needle and thread, Simoni sutures the fat and muscle of Erin’s cheek, creating an anchor near the hairline. This defines the “lift.”

11:15 a.m.
The trimming
Simoni releases the pulled-away skin, laying it flat against Erin’s face. He snips excess skin as one might surplus dough on a piecrust.

11:20 a.m.
Tying up loose ends
The trimming now complete, the left side of Erin’s face is finished. Simoni closes the incision with dozens of stitches, creating the effect of a crudely hemmed pair of pants.

11:35 a.m.
The flip side
Simoni picks up a scalpel and moves to the right side of Erin’s face, where he nimbly repeats the procedure.

12:00 p.m.
The wrap-up
Twenty-five minutes later the door opens, and Simoni is informed that his next patient has arrived. Erin is surprised at how fast the procedure was.

12:10 p.m.
The clean up
Simoni leaves the room. Two members of his surgical team use gauze to drain excess fluid, starting at Erin’s neck and working up to her ears.

12:20 p.m.
The results
The intern brings Erin a mirror. Her face is swollen along the jaw, and bumps are visible beneath the skin on her cheeks. She is told that this is routine and that she will look better in a few days. Erin studies her image. “Hmm,” she says. “Now I need to get my lips done.”