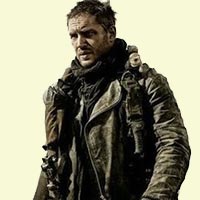 As usual, this year’s Comic-Con was flooded not only with fans but with marketers, all eager to pitch their latest movie, TV show, video game, or toy. In a weekend full of big announcements, we separate the hope from the hype.

1. The Hateful Eight Will Be a Movie
Quentin Tarantino made headlines in January when he decided to shelve The Hateful Eight after a copy of the screenplay was leaked online by Gawker. In April, he hosted a live reading of the script, and most fans figured that was the end of the project. On Sunday while participating in the Django Unchained-Zorro crossover comic book panel, he was asked about the movie by a fan. Tarantino surprised the crowd by confirming that he’s moving forward with The Hateful Eight and hopes to release the movie in December 2015.

2. A New Mad Max Trailer Debuts
At the Warner Bros. panel, filmmaker George Miller, who directed all three Mad Max movies, revealed the trailer for the fourth installation of the franchise. Miller describes the upcoming Mad Max: Fury Road as “a western on wheels.” After watching the action-packed car chase scene (above), we have to agree. Fury Road will hit theaters in May 2015.

3. Gotham Will Finally Take Flight on September 22
Before the new Batman vs. Superman movie comes out in May 2016, go back in time to explore Batman’s backstory, before he became the hero of Gotham City. The television pilot for the Fox show, along with the actors starring in it, charmed fans this past weekend. David Mazouz, the 13-year-old actor who plays the teenage Bruce Wayne, said he hopes Gotham will continue airing until he’s 25, Batman’s current age. Move over, Ben Affleck.

5. Matthew McConaughey Crashes a Panel
Paramount made plenty of big announcements including the planned releases of Hot Tub Time Machine 2 and Spongebob Squarepants 2, but the biggest surprise occurred when Interstellar director Christopher Nolan and actor Matthew McConaughey unexpectedly showed up at the studio’s Saturday panel. They premiered a new trailer (exclusive only to panel goers and not yet available online) for Interstellar, the science-fiction film about a group of scientists who embark on a journey through a wormhole. Nolan and McConaughey also led a lengthy discussion about what to expect from the movie, which is scheduled to come out in November.

6. The Flash is the Opposite of Arrow
Though it’s an Arrow spin-off, the television pilot for The Flash, which was screened for the first time this weekend, makes it clear that it’s not Arrow 2.0. The vibrant colors and brighter tone in The Flash reflect its lighter nature. Executive producer Andrew Kreisberg explained that this was done deliberately to differentiate the two shows. Expect lots of crossovers anyway.

7. “Our Leader the Mockingjay”
Jennifer Lawrence returns as Katniss Everdeen in the new trailer for The Hunger Games: Mockingjay Part 1. The one-minute sneak peek, revealed at the Samsung Galaxy Experience, was also streamed on Samsung’s newest Galaxy Tablet S on Friday. The movie trailer features the late Philip Seymour Hoffman as Plutarch Heavensbee and Julianne Moore as rebellion leader Alma Coin. This time, Katniss volunteers to fight against the Capitol.

8. Constantine Enchants the Crowd with a Fiery Surprise
Attendees were already informed that Warner Bros and DC would host a joint three-hour panel for screenings of Gotham and The Flash. They were pleasantly surprised when the panel was extended to four hours to accommodate a screening of the NBC show Constantine (based on the comic Hellblazer) and a Q&A with director David Goyer and lead Matt Ryan.

9. The Avengers Assembled for their 2015 Movie
After literally dancing out to meet the panel attendees—who included Robert Downey Jr. throwing out roses to the crowd—all of the Avengers (except Scarlett Johansson), sat down to greet attendees, who got an exclusive first look at footage from the upcoming movie. Marvel hasn’t allowed any of this footage to be posted online, so the rest of us will have to wait for the official trailer.

10. Tekken 7 is Ready to Kick Butt
Gamers got a first look at the extended trailer for the well-known fighter game Tekken 7 at the Bandai Namco panel. In addition to new plot lines and art that offered hints of the continuing storyline, the producers also revealed that Tekken 7 will be the last game of the series and will wrap up any plot holes that have yet to be addressed.