Home Beauty The Hidden Costs of a Beautiful Life 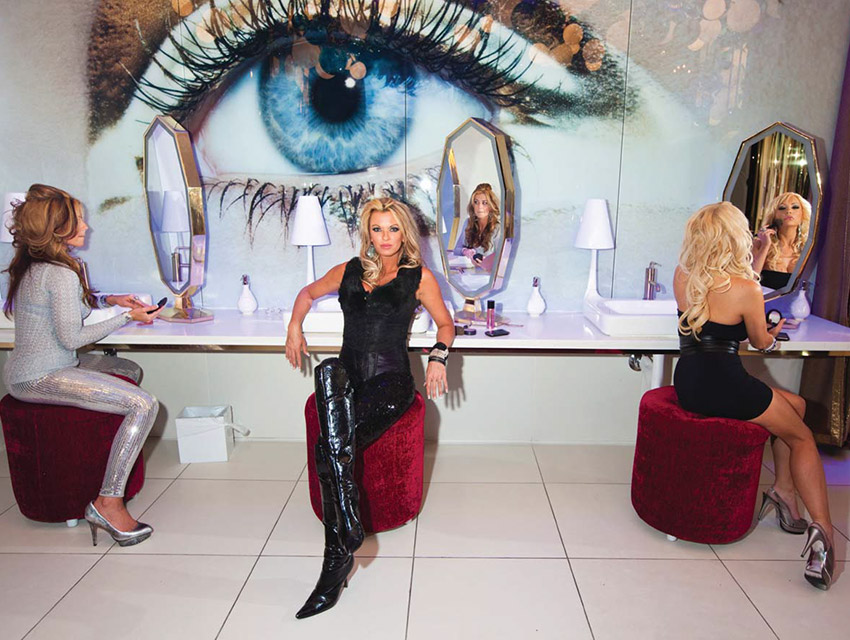 Share
Email
Facebook
Twitter
Pinterest
ReddIt
I remember when I was first starting out. I was shooting in Mexico for about four months. When I came back—I was probably 26—I went to a regular appointment at my dermatologist’s, and he offered me Botox. It was like losing my innocence in the Garden of Eden. I realized I had wrinkles—I hadn’t thought of it before—but when he offered, I suddenly had something that needed to be addressed. I remember feeling young and thinking, “I’m under 30 and being offered Botox. This is the new aging.”

It used to be a genetic lottery. You got what you got. It was “Oh, she’s a beautiful woman,” and the rest were the funny ones, the brainy ones. Now the idea is, you can have it all if you have enough money. With prices going down for procedures, there’s a democratization happening with plastic surgery. It’s no longer just for the upper class, so everyone can find the money if they want it. The new American makeover—our version of the Horatio Alger story—is now physical, and it puts a lot of responsibility on women.

I’ve never had plastic surgery or thought seriously about getting it, but my relationship with it is I want to photograph it and document it, look at how it plays out in our culture. My work is all about showing what a big deal plastic surgery is. In my film Beauty CULTure there’s a scene of a woman getting a face-lift, and that’s the moment when people in the audience gasp. And I’m thinking, What did you think happened? Your face gets cut—there are risks to all of this. Surgeons will tell you it’s not a big deal, but it is a big deal.

But if you talk to a lot of women who’ve had plastic surgery, they will say their lives have gotten better. My sense is that people generally think it’s money well spent—unless the surgery is messed up—but if people get the results they were promised, they’re pleased because they get the currency that the face and the body really are. When you talk to women about why they get plastic surgery—they’re going back to work, they want to get a man—part of the reason is that they want to look younger. The fact is, if you look at the research, beauty does have real benefits in terms of finding a wealthier mate or getting a job. In the old days, when a woman said she wanted to have plastic surgery, people thought she was narcissistic or obsessive or a borderline hysteric. It was like a psychological disorder, and now it’s a rational response. Everything is something to be changed.

It’s not just women anymore; men are vulnerable also. The market will only get bigger, and at the end of the day, selling product to an insecure clientele is a great business because people will stop at nothing to make themselves better.–As told to Nancy Miller

Pretty, From the Inside
For nearly two decades Lauren Greenfield has chronicled our fascination with youth, wealth, and the pursuit of attractiveness—particularly among girls and women—in photos and on film. Her recent documentary, Beauty CULTure, which was commissioned by the Annenberg Space for Photography, is an unretouched examination of our obsession with appearance.