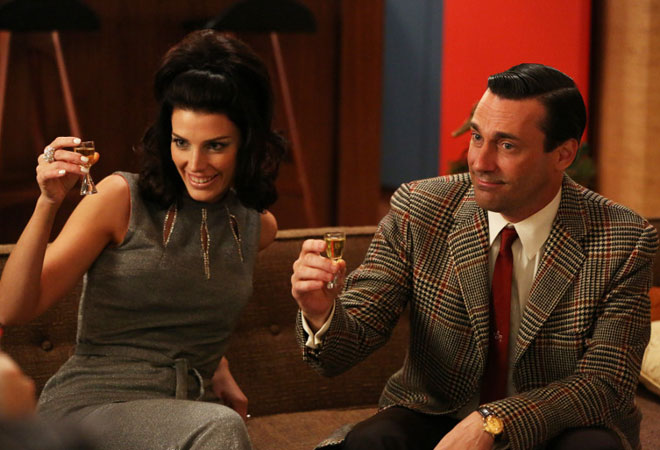 Last week was fine. Great, in fact. After months of anticipation we got to meet the not-so-menacing Mance Rayder, watch as Daenerys’ dragons hit their pre-adolescence, see Lady Margaery Tyrell* transform herself into the Lady Di of Westeros, and listen to the Lannister pater familias lay a verbal smackdown on Tyrion that would make Andre the Giant feel small. The season 3 debut of Game of Thrones was mostly a “where are they now” episode, but it still spawned a million illegal BitTorrent downloads in a single day, making it the most pirated TV show in the history of the world. Not that there was much up against it.

This Sunday night, it’s an embarrassment of riches.

That’s when the 6th season of Mad Men debuts in a special two-hour episode. Even with DVRs and time-shifting technologies, discerning fans of cable drama will have to decide – at least during Mad Men’s second-hour – where their loyalties lay. In Hawaii where Don, Megan, and the little Drapers can bask on the beach? Or in Westeros where beheadings are the order of the day? A quick rundown on your options.

*Game of Thrones should win an award for flagrant overuse of vowels in women’s names. We blame George R. R. Martin.