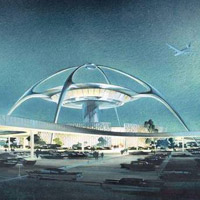 The City of Angels made history in 2011 with its sprawling seventh-month, 68-exhibit show, Pacific Standard Time: Art in L. A., 1945–1980. Now, art buffs and Angelenos can look forward to a second act as sweeping as the first.

Starting in 2017—following an intermediary exhibition opening this April anddedicated to post-war L.A. architecture—the Getty will spearhead Pacific Standard Time: L.A./L.A., a look at the artistic interplay between Los Angeles and Latin America. The project will examine the influence of Latino creatives on L.A.’s cultural landscape as well as how countries within Latin America participate in their own exchange.

Given the city’s rich history of immigration and its liminal location, such an approach is long overdue. Theshow isn’t just about documenting what’s already well-known, if only in art circles. Like the first PST, its successor will rely heavily on research—with the hope that the project will reveal previously hidden connections both north and south of the border. Getty organizers have already approached potential researchers with general grant applications to be made available this summer.

Stay tuned for more developments, but in the meantime, you can whet your appetite with Pacific Standard Time: Modern Architecture in L.A., running through July.