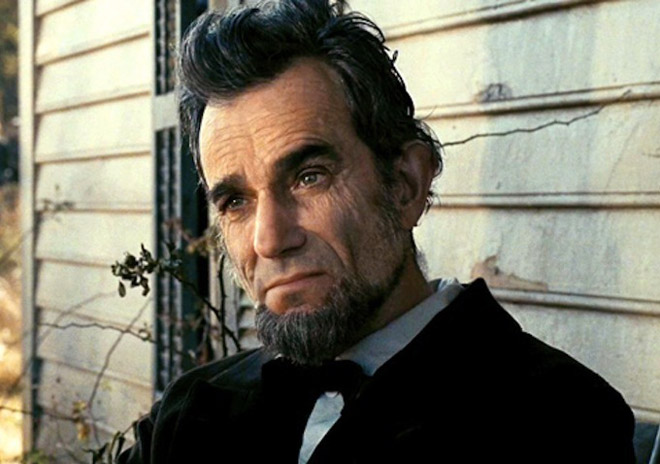 David O. Russell ought to be a very happy guy, or at least as happy as the notoriously mercurial director can be (see: his Lily Tomlin rant), but Ben Affleck might be bummed. The nominations for the 2013 Oscars were announced this morning by Seth MacFarlane, who will host the awards telecast, and Emma Stone. There were few surprises but plenty of snubs.

Most crucially, MacFarlane’s hilarity at the announcements gives us hope. Referring to the film Amour, which received five nominations, MacFarlane joked, “The last time Germany and Austria worked together to produce something it was Hitler. This is much better.” Maybe this year’s Oscars will take themselves less seriously and (gasp!) actually be funny.

Drafted
David O. Russell – Despite having one of the worst titles of any major film in 2012, Silver Linings Playbook (sounds like it should be a bad self-help book, right?) earned eight nominations including Best Picture, Best Director, Best Actor for Bradley Cooper, and Best Actress for Jennifer Lawrence. The Hunger Games ingenue might have a shot at the Best Actress trophy, but even if she doesn’t win, it’s nice to see Russell back in the Academy’s good graces.
Steven Spielberg – To the surprise of absolutely no one, Lincoln received 12 nominations. Some of them — Daniel Day-Lewis for Best Actor and Sally Field for Best Supporting Actress — are actually deserved. Mostly, this is a film catering to the Academy’s largest and most predictable cadre of voters: emphysemic white dudes.
Michael Haneke – The German-Austrian filmmaker known for lighthearted romps like Funny Games and Hidden scored a rare coup. His dour drama about aging, Amour, was nominated in both the Best Foreign Language Film and Best Picture categories. That means it’s probably a lock for the former and has no shot at winning the latter.
Quvenzhane Wallis – At age nine, the star of the rapturously reviewed Beasts of the Southern Wild becomes the youngest nominee for Best Actress. Eat your heart out, Anna Paquin. It’s an even more impressive feat when you learn Wallis was only six years old during the film’s production. Now, we’ll all get to learn how to pronounce her name.
Ang Lee – The Life of Pi filmmaker is the sort of director the Academy loves: talented, thoughtful, humble, a consummate craftsman, and possessed of a middlebrow sensibility that never undermines Hollywood-style filmmaking conventions. Effects-heavy dramas sometimes get the heave-ho from the Academy, but not this time. Glorious visuals helped power the movie about a boy, a boat, and a tiger to 11 nominations.
Seth MacFarlane – The comedy in which Mark Wahlberg co-starred with a CG teddy bear (voiced by MacFarlane who also wrote and directed the film) earned a nod in the Best Original Song category for “Everybody Needs a Best Friend.” It’s up against the Adele tune “Skyfall” from the James Bond film of the same name. Even though they’ll both probably get beaten by “Suddenly” from Les Mis, it’s obvious what the Academy ought to do: Duet! Duet! Duet!
The Simpsons – Maggie Simpson in The Longest Daycare was nominated for Best Animated Short Film, and when you see it you’ll know why.

Shafted
P.T. Anderson – Critics heaped praise on The Master, but it only received three nods: Joaquin Phoenix for Best Actor, Amy Adams for Best Supporting Actress, and Philip Seymour Hoffman for Best Supporting Actor. Anderson was ignored in the Directing and Best Picture categories. That’s fine with us. The film is ambitious but unfocused, lacking bite, and just plain boring. We didn’t know a single person who actually enjoyed watching it.
Ben Affleck – Argo earned seven nominations most notably for Alan Arkin as Best Supporting Actor, so what does star and director Affleck have to complain about? The fact that the film didn’t receive a Best Directing or Best Actor nod. Instead, the Academy doled out a consolation prize: a nomination for Best Adapted Screenplay.
Wes Anderson – His quirky Moonrise Kingdom may be the sweetest film of the year, but Anderson only received one nod — for Best Original Screenplay.
Quentin Tarantino – The slave-revenge narrative Django Unchained earned four nominations including Best Picture, Best Original Screenplay, and Best Supporting Actor for Christoph Waltz, but Tarantino himself wasn’t nominated for Best Director and star Jamie Foxx didn’t get a nod for Best Actor. Many are also saying Leonardo DiCaprio merited a Best Supporting Actor nod for his portrayal of a brutal plantation owner.
Tom Hooper – Hugh Jackman got a nod for Best Actor, Anne Hathaway got a nod for Best Supporting Actress, and the film was nominated for Best Picture, but director Hooper, who won an Oscar for The King’s Speech, didn’t get a nod for Best Directing. That’s probably just right. Aside from the stunning opening in which convicts haul a massive boat into a dockyard, the staging of Les Miserables was mostly awkward. What should have been a visual triumph — the scene at the barricades — was actually less impressive than it was in the stage version.
Kathryn Bigelow – Plenty of other people associated with Zero Dark Thirty got nominations: star Jessica Chastain, screenwriter Mark Boal, editors Dylan Tichenor and William Goldenberg. Not the director. Like Tarantino and Hooper, Bigelow was snubbed for Best Director though her film was nominated for Best Picture.

Actor in a Leading Role

Actor in a Supporting Role

Actress in a Leading Role

Actress in a Supporting Role