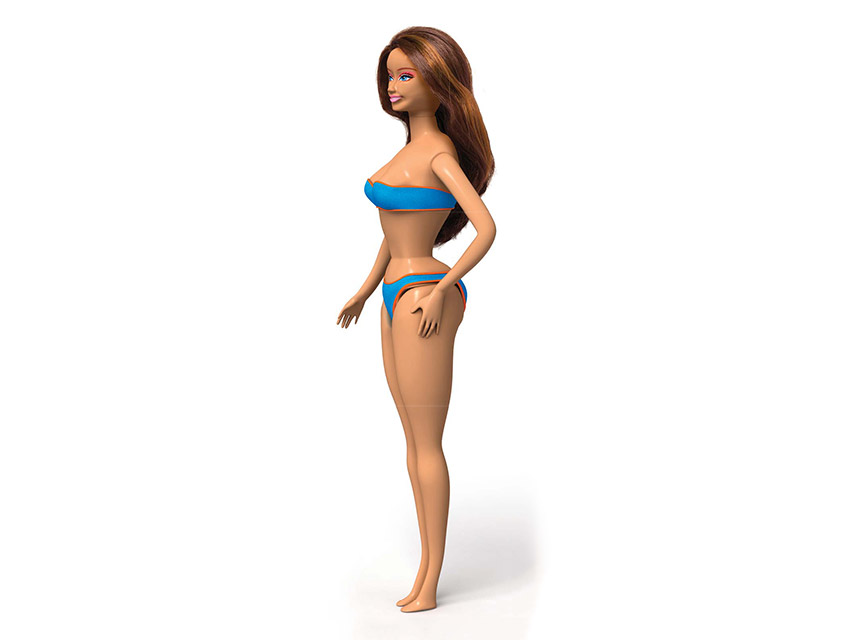 Share
Email
Facebook
Twitter
Pinterest
ReddIt
The image of the torpedo-topped, Beverly Hills trophy babe as the stereotypical plastic surgery patient is about as dated as a Patrick Nagel print. The demand for cosmetic procedures now crosses every ethnic group, altering the de rigueur body shape. In other words, So long, Pamela Anderson. Bienvenidos, Sofia Vergara.

Faux Locks
This might make your hair stand on end, but it’s possible women are actually keeping up with the Kardashians—or at least Kim. Hair extensions, while not technically plastic surgery, are now commonplace in L.A., with many opting for the extra-long dark do of a certain reality-television star.

Full Lips
Angelina Jolie is, and, it seems, always will be, the gold standard for a pronounced pucker. Lip augmentation has almost doubled between 2010 and 2011 in the United States. A more conservative approach using collagen creates more of a bee-stung, not blowfish, effect.

Hyper-Smooth Skin
With all this body to show, it’s no wonder that 92 percent of patients who get chemical peels are women—more than 1 million of them nationwide in 2011. A mist of artificial tan fleshes out the look.

“Ethnic” Nose
Rhinoplasty is one of the top five most popular cosmetic procedures in the United States. According to L.A. surgeons, the trend in Hispanic, Middle Eastern, and African American patients is to refine, not alter, overall shape.

Believable Breasts
Note that we’re talking “smaller” in relative terms, because full breasts rarely go out of style. Augmentation has been one of the most frequently requested cosmetic procedures in the country since 2006, but the preference in L.A., surgeons say, is a more natural-looking breast size that balances an hourglass shape.

Big Booty
For Latin American women, the end is usually the beginning, with an enhanced posterior that’s in proportion to the breasts—possibly even bottom heavier. The demand in L.A. alone might account for the 235 percent increase in butt lifts in the United States over the last decade. Add the rising popularity of silicone butt implants to the mix, and it doesn’t look like this trend is turning around anytime soon.