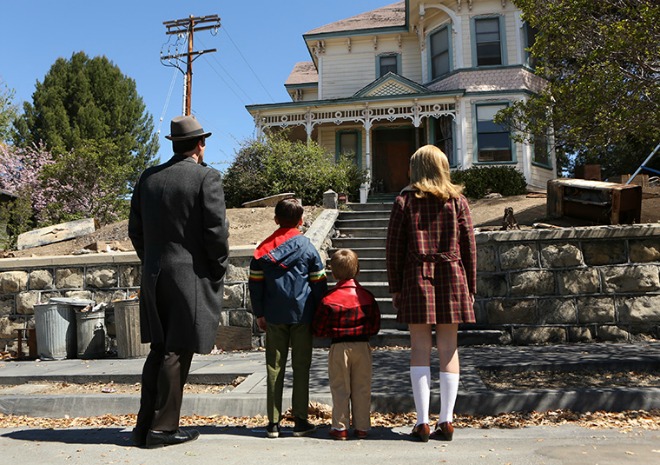 It’s been a full week since Mad Men season six wrapped up and we entered a sad, Don Draper-less limbo of watered-down Manhattans and happy marriages. We spent our forced leave rewatching season six—it’s a tough job, but hey—replaying every last whorehouse flashback and smarmy Bob Benson smile and speculating about what Matthew Weiner might have up his sleeve for the show’s seventh and final season. Here are a few things that hit us.

This season, more than any other, gave the impression of going off the rails while retreading old ground. Sound like 1968? (Pete’s mom: “They killed that poor Kennedy boy.” Pete: “That happened years ago.”) We had “The Crash,” the amphetamine-fest that recalled “Guy Walks Into an Advertising Agency” with its sudden, William-Tell violence and sheer WTF-ness. We saw Peggy pursue (will she never learn?) another illicit office romance (#Ted, #Pete, #Duck) and Don briefly rekindle a fling with Betty before spiraling into the self-destructive drinking he displayed post-divorce. The agency’s reboot winked at “Shut the Door. Have a Seat.” Even Don’s final Hershey’s pitch recalled “The Carousel” from season one. And did Pete ever stop whining? It’s tough to do a show for six seasons and not repeat yourself.

As Weiner has pointed out, this season’s central issue was whether people ever really change. Even in the ninth circle of hell, there you are. As frustrating as it can be to watch these characters retread the same tired grooves, they have changed—and this time, the stakes were higher. With Abe’s bayoneting, Peggy may have finally said goodbye to overgrown man-boys: Her affair with Ted isn’t just the ill-advised pining of a naïf but the deep love of a mature woman for a man she respects. Joan is working on her own Olsonesque climb, hell-bent on finally getting the professional opportunity, not just the title, she deserves. Roger gets his hustle back, bagging Chevy. Betty slims down, grows up, finds wisdom, and steps up to the mothering plate. Ken pays the Chevy piper twice, but he’s the only character to evolve from a skirt-chasing frat boy into a responsible family man. Pete flushes away his wife, daughter, and mother, but it’s Bob Benson’s professional checkmate that finally humbles him. And then there’s Don.

Like The Sopranos, Breaking Bad, Dexter, and other shows starring shadowy anti-heroes, the writers toyed this season with how far they could push the limits of audience sympathy. They subverted the show’s tested formula, making Don behave badly at home and at work. The lowest circles of hell are reserved for fraud and treachery; Don nailed both. The slickness and glibness of the early seasons were mostly gone. Instead we saw Don cheat on Megan, lie to Sally, undermine Ted, thwart Peggy, dump Jaguar, drink in the morning, go to seed, develop a faint paunch, lose his grip on the zeitgeist, get dumped, get fired, and get meaner. He’s also more frail and physically reduced than ever. Never one for sobriety, Don gets high four times. He vomits at Roger’s mother’s funeral; he faints in his own living room; he nearly drowns in a pool; he repeatedly curls in a fetal position. He’s nakedly emotional in bed with Sylvia and Betty. This is a Don who needs a mother more than a lover. We’d even venture to say that his marriage to Megan topples because her healthy independence makes him feel abandoned all over again.

Don’s sexuality and childhood took center stage this season via a daisy chain of flashbacks that finally connected the dots (perhaps a little too cleanly) on his serial philandering. We have to thank Abigail Rine, whose Atlantic piece “Don Draper Was Raped” prompted us to return to “The Crash,” an episode where Don’s sexual awakening competed with an office full of lunatics. Rine is spot on: Though Don seems to remember Aimee somewhat fondly (he digs out an oatmeal ad for which she was clearly the visual inspiration), his boundaries are violated when he is at his most vulnerable. When the news comes out—Aimee announces she “took the kid’s cherry” while Uncle Mac is giving her the boot—his stepmother beats him with a spoon. That cocktail of early unwanted sexual experience and shame goes a long way toward explaining why Don plays so fast and loose with other people’s boundaries, both inside and outside the bedroom: His own were never respected.

Despite witnessing the lowest Draper moments in the show’s history, we also encountered some of Don’s best. The Heinz and Chevy campaigns are brilliant even by contemporary standards. He humbles himself before Ted to save Sylvia’s son Mitchell from the draft (for the wrong reasons, but still), and he sacrifices his own peace and marital stability to ensure Ted’s. He gets caught with his pants down and issues a pathetic, barefaced lie to his daughter, but he later tells her what he can of the truth. This monstrous Rosemary’s baby is taking steps in the right direction, however small and wobbly they might be.

We’ve all but given up on parsing Bob Benson, except to note that the show likes to flirt with having other characters mimic Don. Where Peggy and Pete have been obvious parallels, this year the doubles proliferated—Betty follows Don’s “love ‘em and leave ‘em” playbook like a pro, Ted fills in as Peggy’s prized mentor, and Sally is well on her way toward a stint at the Betty Ford clinic. But Bob actually is Don, as close as it’s possible to be. The man who can’t stand to be himself proves an intoxicating, and toxic, template for those around him. We can’t say whether Bob will return next season, but by inserting two certifiable sociopaths in one show, Weiner seems to have a lot to say about the kind of people attracted to corporate America.

As usual, the women made for arguably more compelling viewing than the men. The addition of Linda Cardellini as Don’s favorite Italian was genius; we can only hope Sally’s silence guarantees the conflicted Catholic a spot next season. Betty, Peggy, and Joan all experience professional or personal upticks, though Peggy and Joan are repeatedly painted into corners by the men in their lives. (Joanie felt vastly underused this season, but like a million other viewers, we’re biased. Who ever says that about Harry?) Their professional kinship and efforts to punch their way out through divergent but increasingly mirrored tactics should make for fascinating viewing next season.

Tomorrow we’ll turn to the California sunshine filtering into Don’s dark world, and post some thoughts on season seven. For now, congrats to the writing team. Six down; only one to go.