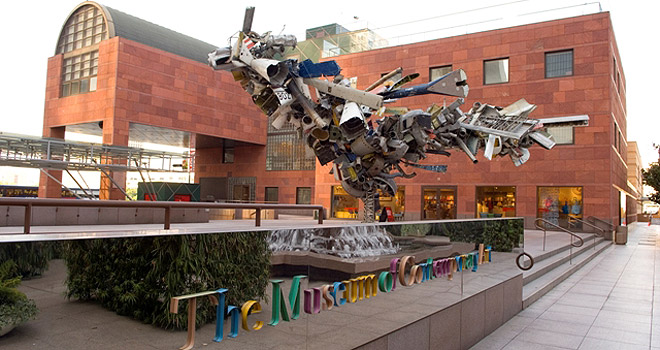 In what could be one of the more culturally significant mergers in recent L.A. history, the Los Angeles County Museum of Art is moving to purchase the Museum of Contemporary Art.

According to the Los Angeles Times, a formal letter from LACMA director Michael Govan was submitted to MOCA board co-chairs on February 24th. In return for absorbing its two locations, LACMA offered to raise $100 million for the museums, both of which have had financial woes (not to mention several abdications) since 2008. In fact, LACMA had proposed an acquisition that same year, just before Eli Broad’s $30 million bailout.

Govan addressed the potential consolidation directly in a blog post. “Combining MOCA and LACMA would create one of the largest and most significant art museum collections in the United States,” he said. “Uniquely, LACMA/MOCA would become a general museum with a substantial commitment to contemporary art in three or more facilities designed expressly for that purpose.”

Though it was MOCA board members who approached LACMA with the proposal, they have yet to comment.