Home Uncategorized How to Survive Coachella: A Guide to the Second Weekend 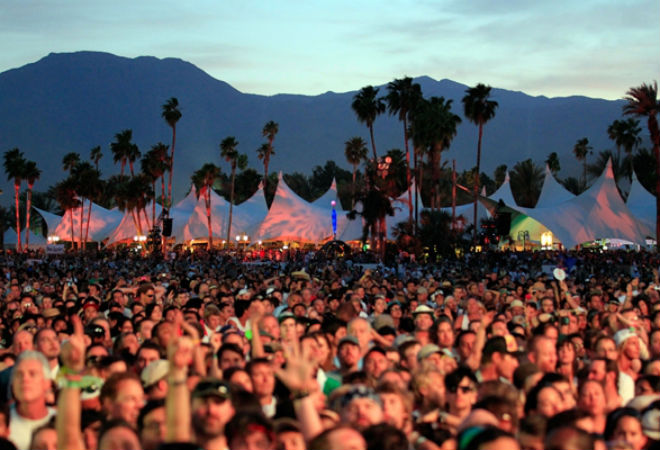 Coachella Weekend #1 has come and gone. Tens of thousands of musical pilgrims have returned to their homes to nurse sunburns and dream about next year. For those anxiously waiting for Weekend #2, here are some tips to help you make the most of (or at least survive) North America’s largest music festival.

1. Water, water everywhere—but you actually have to drink it
If common sense were more common, fewer people would get heat stroke. With nearly 100,000 people descending on the festival grounds in Indio, someone is bound to confuse whiskey with water and end up crying (and puking) on a golf cart. Here’s a rule of thumb: Drink a bottle of water (spend the $2 or refill at a tap station) between every alcoholic drink.

2. Build your outfit early
There’s to be a fine line between class and ass, and virtually no one observes it. We recommend keeping your cutoffs to gluteus minimus, please, but if you don’t want those million squats to go to waste, make sure your shorts are at least symmetrical (you’ll see what we mean). If your best Haim impersonation still falls short, Free People offers overnight shipping. And gents, if you already have an outfit planned, you don’t need any tips from us.

3. Dr. Scholls prescribes…
The results of a highly scientific study conducted by our feet concludes that the average Coachella attendee will walk between 15 and 20 miles over the course of the weekend. Hell, you’ll walk nearly a mile to get from your car to security. If you are wearing shoes—and some of you should really consider it—throw some Dr. Scholls in your bag. Your future podiatrist will thank you.

4. Don’t dress like an Indian (East or West)
Being in Indio does not make you an Indian. Leave the headdresses and bindi dots to the experts.

5. Don’t try to sneak into VIP
Unless you’re over 30 or have money to burn, it’s not worth it. Really. Don’t just take our word for it; Arcade Fire’s Win Butler agrees. It’s just a bunch of better (or worse) dressed people rubbernecking at every Jared Leto lookalike with ombre hair. Should you somehow make it past security and rub elbows with Tila Tequila, congratulations and we’re sorry.

6. Dress like a train robber
Coachella has more sandstorms than Tatooine. And most likely NONE of the droids you’re looking for could get tickets. But a decent bandana will keep your esophagus safe from exfoliation.

7. You’re no Martin Scorsese
While your Instagram posts may be the best way of remembering the weekend, don’t be that jerk who experiences every moment of an awesome event through the lens of an iPhone. If you must document that precious Justin Bieber cameo, holding the screen where your eyes would normally be is a respectful gesture. Also, no one looks good in Kelvin.

8. Leaving early is not a party foul
On Sunday at the festival’s close, traffic is heavily limited and there are hours where you will NOT be allowed to leave the premises. This goes for campers, too. Plan ahead to ensure that you have purchased all your merch before the end of the weekend. If you’re a casual fan of the headliner you’re better off trudging through the mud back to your vehicle.