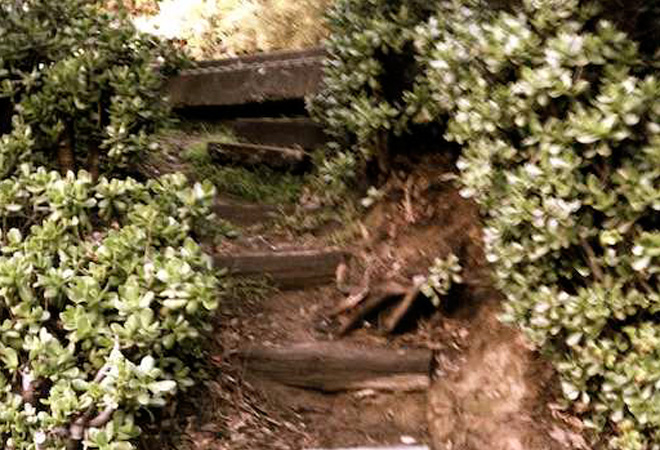 Jenny Burman is a true Los Angeles writer—even if she lives 2,000 miles across the country. In 2006 she started Chicken Corner, a blog chronicling life in her Echo Park neighborhood. She often walked the area with her daughter and dog, listening to the rumors and myths that swirled around then tried to make sense of them through her writing. For eight years Burman was a breezy, insightful correspondent at LA Observed.

In February of 2013 her husband, R.J. Smith, a former senior editor for Los Angeles, took a job as senior editor at our sister publication Cincinnati magazine, and the pair moved to Ohio. Chicken Corner came to an end, but Burman’s love for this sliver of Los Angeles did not. It inspired her first novel, Veronica Street. The tale, about a couple who purchases a chunk of undeveloped land and then struggles to figure out how to make a life there, takes place in a fictional L.A. But the similarities between the imagined community and Echo Park are unmistakable. And you can read the story for free.

On July 2, Burman began releasing Veronica Street online one chapter at a time. She’s the latest in a long line of writers who have experimented with the serialized novel. Charles Dickens published all of his novels serially, helping to popularize the form. Anthony Trollope, Leo Tolstoy, and Joseph Conrad were big fans too. In 2011, Hugh Howey published his dystopian sci-fi thriller Wool as an online serial, earning a cool $1 million before Simon & Schuster’s print edition ever hit shelves. And later this fall, Mark Z. Danielewski will release The Familiar, the first installment of a 27-volume novel whose structure, he says, is partly inspired by TV dramas. Burman’s ambitions are a bit less grand.

Rewriting as she goes, Burman doesn’t know exactly where the story will land. But each Wednesday she’ll post a new installment on LA Observed; you can read the first one here. We caught up with her to talk about the challenges of writing episodically.

Why did you decide to release Veronica Street this way?
I love writing in real time. I’ve been working on Veronica Street for a few years. I was in my second draft and I kept thinking, I wish I could just do it the way I did Chicken Corner. I dismissed it out of hand because that’s not the standard model. Also, it would require rewriting because the pace wasn’t made for serialization. It suddenly occurred to me that maybe I could do it that way.

I have four posts ready to go and I already see it changing. It’s exciting because I always have the second draft to come back to if I decide that I’ve changed it too much. Knowing that, I have already started to re-envision one of the characters, someone that was going to be a minor character. And I’ve had a little bit of feedback so I can see what people are responding to. The pace is changing entirely. For better or worse, it’s going to be more episodic.

Is the feedback you’re receiving going to influence the story?
It might. If you sense what people are responding to then yes, it could make a difference.

Do you have any idea how long you’re going to be posting this?
Since I’m trying not to post more than 1,500 words [per chapter], it’s going to be a lot longer than the summer. It will go at least through the fall. As I was going through the second draft, there were story lines that I wanted to pursue. I started to feel like this is getting too big; this is going to be a 6,000-page novel if every time someone seems interesting to me I start going down that road. But I felt like I could do that because technically there’s no reason there has to be an end in sight. Nobody’s going to say, “Oh, this type of novel should only be 300 pages.” It’s a much more open forum.