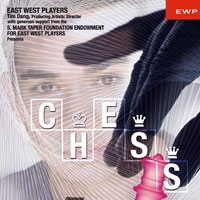 Most Wanted: 7 Chess Sets to Go with Your ‘Queen’s Gambit’ Obsession