Home Uncategorized Dance on TV Gets its “Chorus Line” Moment 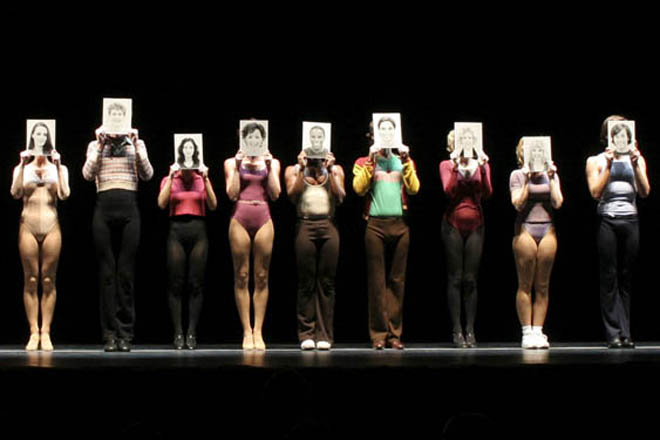 Photo courtesy of Bruce Bennett, Houston Theatre Under the Stars

Television’s biggest night, the Emmy Awards, is right around the corner. It’s always a big event, but this year, The Academy of Television Arts & Sciences announced an important change. In a first for Emmy history and for dance, the award for Outstanding Choreography will be presented during the Primetime Emmys, on Sunday, September 22.

Emmys producer Ken Ehrlich recognized the popularity of televised dancing and decided to celebrate those who make it happen. He announced to this year’s Emmy-nominated choreographers that they would be collaborating on a number built around the show’s host, Neil Patrick Harris, an accomplished singer and dancer. After the number, the choreographers will stand on stage while the winner is announced. It’s a Chorus Line moment for dance on television.

The 1976 Tony award-winning musical by Marvin Hamlisch and Michael Bennett is a landmark in musical theater history. After decades of large, nameless choruses populating the background of musicals, A Chorus Line was the first major production to introduce the individual personalities and histories of the ensemble.

Until now, the choreography Emmy, if presented at all, was given during the Creative Arts (or behind-the scenes) Emmys—which comedian and self-proclaimed D-lister Kathy Griffin affectionately calls the Schmemmys—often telecast on PBS the week before “the real Emmys” and only summarized in soundbites on the primetime show. (This year’s Creative Arts Emmys, which were held yesterday, will be telecast on the new FXX channel on September 21.)

Not only is this a first for the primetime telecast, but the award for Best Reality Show Host is bumped to the Creative Arts Emmys to make room for it. The choreography Emmy was first presented in 1955, when June Taylor won for The Jackie Gleason Show, and again the following year but then skipped to 1959. (It was presumably lumped under the Best Musical Contribution category in 1957 and ‘58.) Not a single award was given for choreography during the dry (and apparently motionless) 1960s, but the category returned in 1970. Since then, every year saw at least one, sometimes two, awards in choreography; in 2007 there were three. Because it’s a juried award, chosen by a panel of experts, there have frequently been ties.

We are in a new era for dance on television. Dancing With the Stars brought in approximately 15 million viewers in its May finale and kicks off its 17th season on Monday. So You Think You Can Dance just finished its 10th season, raking in over four million viewers. Other dance shows like America’s Best Dance Crew and Dance Moms are sprinkled across cable TV, and relatively new shows like Breaking Pointe spring up frequently. Ehrlich is smart to take advantage of it.

To celebrate these artists, we’re interviewing the nominated choreographers for So You Think You Can Dance: Sonya Tayeh, Tabitha and Napoleon Dumo, Mandy Moore, and Travis Wall. Read about these talented, hard-working pros and learn more about the individuals often hidden within the ensemble.