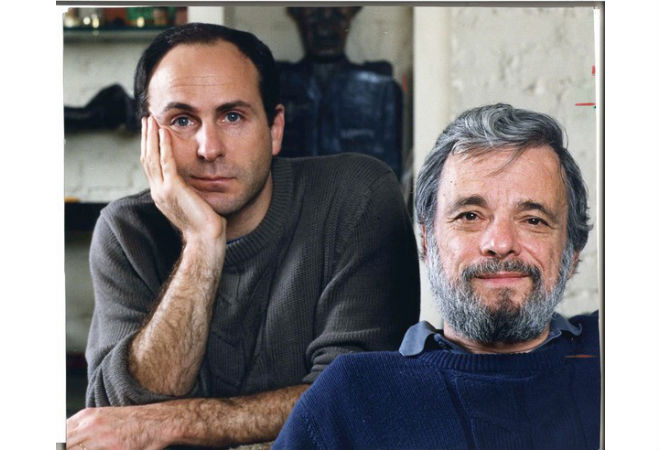 Over the years the work of composer/lyricist Stephen Sondheim (Sweeney Todd, A Little Night Music, Follies) has been celebrated in revivals, concerts, and career retrospectives. There was even a Broadway show called Sondheim on Sondheim that coincided with his 80th birthday in 2010. That show was directed by James Lapine, who has worked with Sondheim on Sunday in the Park with George, Passion, and Into the Woods. Their latest collaboration is Six By Sondheim, a Lapine-directed documentary that peels back the layers to reveal how the modern master of American musical theater works. It debuts on HBO on Monday, December 9.

“The documentary for me was less about who he is than what goes into making art,” says Lapine over the phone. “People I’ve shown it to, poets and painters and people not in our business, love it because it’s the voice of an artist putting something together. I wanted to unearth what he does, how he does it, and the passion he has about it.”

“The man does stand for 50 years of work. That alone puts him in a league of his own,” Lapine says. “His work is so entwined with the material he’s writing about,  it’s like a time capsule that doesn’t age. Somebody says he’s our Mozart, that’s true. His work is timeless. It’s that simple.”

Lapine selected six songs to be the spine of the documentary and admits the selection process wasn’t easy. “We started with a big long list and [the songs] had to serve so many purposes. They had to catapult us into his life and work. They had to have stories themselves—how they came to be, how they were written. When you start narrowing it down, the selection became more limited. It wasn’t picking his six best songs.”

The documentary treats viewers to new interviews with Sondheim mixed with older footage; his point-of-view rarely changes. “That’s him,” Lapine says. “It’s amazing that you can go back 40 years and hear him talking the exact same thing he’s talking today. You get to grow old with him a little bit.”

When asked about new work by Sondheim, Lapine offers an astute observation. “You and I want more of Sondheim, but that doesn’t mean Sondheim wants more of Sondheim. I think he’s very keen on his reputation and his work. He loves productions of his shows. They are his children.  He goes to have a good time.”

Lapine, who relishes his working relationship with Sondheim, says it goes beyond that. “He’s a great friend on top of being brilliant and being unique at what he does. When we get together, we never finish talking. Dinner, work, whatever. It’s inexhaustible, which is the most exciting part of having him as a friend.”