Home Uncategorized And the 2014 Emmys Nominees Are… 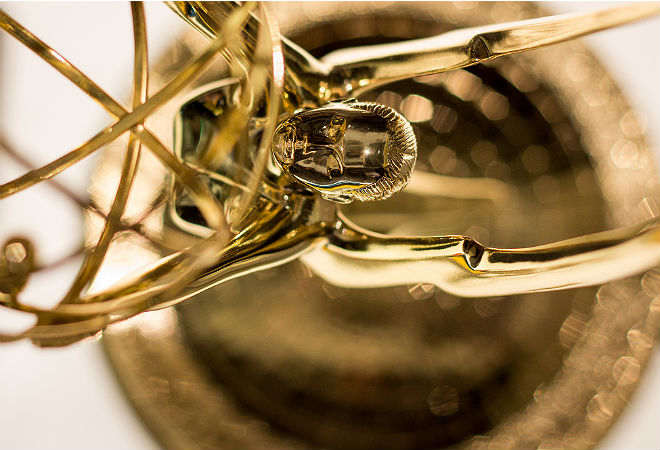 The 2014 Emmy nominations were announced early this morning. As always, there were a few surprises—some good, some not.

THE BIG TALLY: To no one’s surprise, HBO led all networks—cable, traditional, and broadband—in nominations, raking in 99. The goodwill was spread across established shows like Game of Thrones (19; more than any other show), Veep (9), and Boardwalk Empire (7) as well as the TV movie The Normal Heart (16) and newcomers True Detective (12) and Silicon Valley (5). Netflix also scored big; with only a few shows up for consideration—most notably Orange Is The New Black and House of Cards—it still managed to earn 31 nominations.

HOT: FX is having a fantastic year! It had the second and third most nominated shows: Fargo earned 18 nods while American Horror Story: Coven received 17. True Detective, which many thought should have been in the miniseries category (along with American Horror Story), had no trouble holding its own against other dramas. It received 12 nominations, including two in the lead actor category, which means Matthew McConaughey and Woody Harrelson will be comepting against each other.

ON THE UPSWING: When it comes to comedy, it looks like Emmy voters are finally catching up with America (at least a little bit). Portlandia, which received two nominations last year, got six this year. Key & Peele, which only earned one nod last year (and none the year before), got four this year. And we were worried it wouldn’t be noticed at all. Two newcomers, Showtime’s Masters of Sex and HBO’s Silicon Valley, did well, both earning five nods apiece.

COLD: Shopping-portal-turned-content-provider Amazon lobbied hard for Alpha House, but the political comedy starring John Goodman got no love. Orphan Black, an avidly watched sci-fi show that airs on BBC America, was also shut out. For lead actress Tatiana Maslany, who plays so many characters we’ve stopped counting, that’s practically criminal. Longmire was, as we predicted, ignored yet again.

PLEASANT SURPRISES: We were happy to see that Derek earned a nod for Ricky Gervais for lead actor in a comedy series while IFC’s spoof miniseries, The Spoils of Babylon, earned two nominations, one for Kristen Wiig for lead actress and another for its main title music.

Here’s the rundown of the 2014 Emmy nominees by the numbers. At the bottom of the post you’ll find a list of nominees in the top categories.

BY CATEGORY
(The top 18 categories are below; the full list of nominees is available on the Emmys site.)