A NOTE FROM EDITOR-IN-CHIEF MAER ROSHAN

Mikel jollett was five years old when he was rousted from bed one night by a virtual stranger, pushed into a waiting car, and driven to a safe house across the state. At the time, in the early 1980s, Jollett and his older brother were living in Synanon, a drug and alcohol rehab near Venice Beach that had gradually devolved into a notorious cult. The stranger turned out to be Mikel’s mom, who had left him in the care of Synanon when he was a baby and returned to ferry him and his brother to safety once she had sufficiently dried out. But his life outside Synanon would be marred by poverty, violence, and addiction. In the end, Jollett turned out OK—he’s a father of two living in Silver Lake and lead singer of a popular indie rock band, the Airborne Toxic Event. His memoir, Hollywood Park—excerpted here—is already one of this summer’s most celebrated books. Talking to Mikel, I asked how he managed to spin adversity into such a thoughtful and generous piece of work. “I wanted to be useful,” he replied. “You can take pain and turn it into something more transcendent. You can turn it into art.” 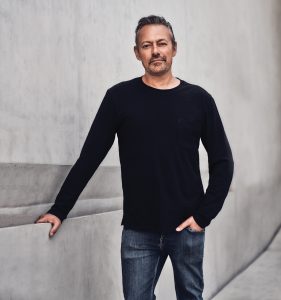 Be useful. It’s a challenge that I’ve thought about frequently as the pandemic has gone from a novelty to a dull and chronic fact of life. As I write this, the death toll from the epidemic has inched above 100,000, and a quarter of L.A. County is unemployed. Even as Angelenos start to venture out, it’s clear that the pain this plague has inflicted will be longer-lasting than any of us imagined. Amid the steady drip of bad news, it’s difficult to stay hopeful and focused, but working as a journalist—trying in a small way to be useful—is what keeps me and my colleagues going every day.

I’m sure the same imperative drives 30-year-old Chas McCarty, who writes in these pages about his quixotic battle to keep his father’s legendary restaurant alive. When Michael McCarty opened his eponymous Santa Monica restaurant in 1979, it was an immediate hit: the archetype for a new California cuisine and a launchpad for a generation of culinary talents from Jonathan Waxman to Nancy Silverton.

But even legends can use an occasional face-lift. A few years ago, as business declined, Michael passed the reins to his son, and gave him a mandate to reinvent the restaurant. Just as his efforts were paying off, the shutdown hit. Owning a restaurant is difficult in the best of times, so Michael’s faces the same dilemma shared by scores of other independent restaurants and stores: how to keep going when you’re not sure you can afford to do so.

Elsewhere in this issue, Alexandria Abramian’s exhaustive survey of the city’s housing market proves that even in calamitous times, there’s ample potential for upside. (Just ask the twentysomething TikTok stars who now occupy some of Beverly Hills’ toniest mansions.) Real estate also plays a central role in the downfall of José Huizar, the mysterious city councilman who allegedly pocketed massive bribes from international conglomerates to green-light huge construction programs in his district. As Jason McGahan reports, Huizar now finds himself at the center of the worst scandal to hit the city in more than 80 years.

Raised in a down-on-its heels neighborhood blocks from City Hall, Huizar overcame long odds to become an Ivy League-educated lawyer and the first Mexican immigrant to be elected councilmember. He had become an inspiration to people looking to make a similar leap. But his greed put a stop to that. In the end, instead of being useful, he was simply used.