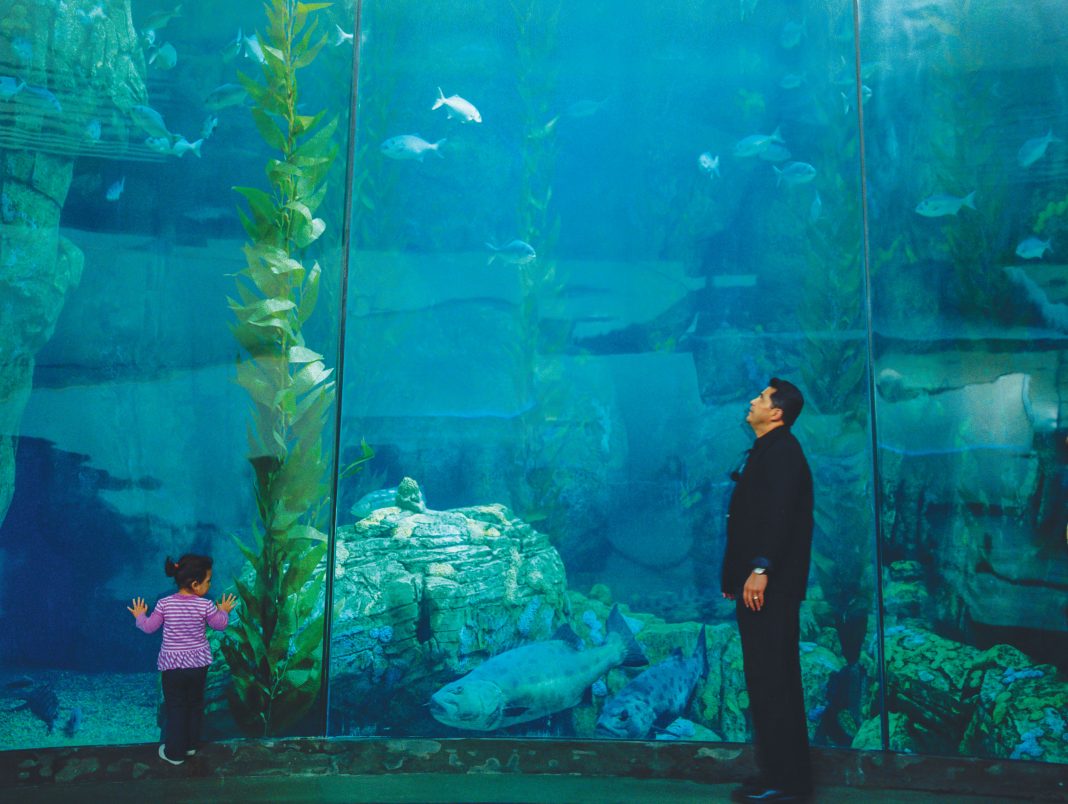 STAY: Terranea Resort in Rancho Palos Verdes is made for families. Once the children tire of the slide and fountains in the main pool area, they can skip along the trails to the beach, stopping at the telescopes to search for whales, at the tide pool to hunt for sea life, and at the sea cave to admire the crystalline water.

EAT: Most of the resort’s restaurants are kidcentric, from the blufftop Nelson’s, with its large outdoor patio, to Bashi, the Asian fusion spot with a children’s menu and signature sodas. Venturing out, Good Stuff, with locations in Redondo Beach and Hermosa Beach (we prefer the latter for its views of the volleyball courts), offers comfort food that will entice fickle eaters. The popular Cafe Rio in Manhattan Beach is worth the wait in line; this In-N-Out of Mexican food serves tortillas prepared before your eyes, and the staff frequently breaks into song. Finish off lunch with ice cream at Handel’s Homemade Ice Cream & Yogurt in Redondo Beach or with a couture cupcake from the Manhattan Beach Creamery.

SHOP: You’re in the mecca of beachwear, so take advantage of the out- lets. Pursue the ultimate in surf attire at the Becker and Spyder stores on Her- mosa’s Pier Avenue. You’ll need swimsuits to go under those new tunics and dresses, so head for the twin Diane’s locations (one has menswear), just doors from each other in Manhattan Beach. Before hitting the sand, stop by Landis’ Labyrinth to stock up on plastic pails, shovels, and other old- school toddler toys that can take a beating.

DO: Rent bikes at Her- mosa Cyclery and ride the length of the Strand; you’ll be gawking at the houses while the young ones concentrate on sneaking in a look-Ma- no-hands moment. The 12-and-under set will flip for the Redondo Beach SEA Lab; the lure is the outdoor tanks, accessible by tour only, where the guide lets you touch some of the inhabitants while dropping fun facts: Did you know the halibut starts as a normal fish, then picks one side to lie on for the rest of its life? Should the older kids need more polished dis- tractions, make the short trip down the 405 to the Aquarium of the Pacific in Long Beach. Just because it’s a family trip doesn’t mean you can’t have some adults-only time: Back at the resort, check in the small fry at the Terranea Tide Pool Kids Club. They’ll love the crafts classes while you enjoy the region’s best spa. The seaside women’s terrace has glass windscreens, a Jacuzzi, and an outdoor shower. Or soak with your spouse in the large salt- water pool, which has its own eye-catching Pacific backdrop.

WHAT TO BRING
A COPY OF PARENTING MAGAZINE, EARPLUGS

An Early Look at the Aquarium of the Pacific’s Bold, Beautiful Expansion

The Very Best Things To Do in L.A. When It’s Rainy and Chilly Outside