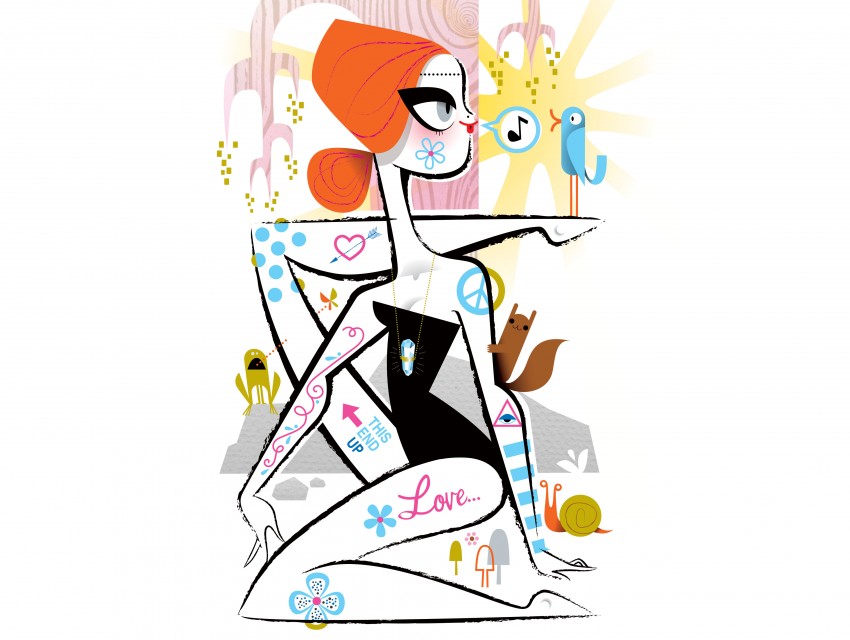 Before I moved to Los Angeles, I lived in Santa Fe for six years and avoided every chanting-chakra-crystal-naked-painting-psychic reading-sweat lodge-magic dirt-third eye thing I possibly could. Oh, and meth. I also stayed away from meth. So when I set out for a weekend in Topanga Canyon, I didn’t expect to be transformed. Now though, looking back, changes were evident even as I drove in, as if the winding road itself were having a hypnotic effect. I suddenly found myself considering weird, vagabond hitchhikers as driving companions. Whoa.

A good night’s sleep (soooo quiet) at the Tuscali Mountain Inn, which claims the 14,000-acre Topanga State Park as its backyard, gets me ready to explore this mythic canyon. Sienna Skin Care and Day Spa is a good place to start. I find it by the huge sign out front that declares “Botox” in capital letters. Inside I’m told the ladies of the canyon love their ’tox. (As you strive to achieve enlightenment, it helps if your face looks like you already have.) After a soothing facial—my pores exfoliated and free radicalized—I’m feeling serene. Next stop: Yoga Desa, the only yoga spot in the canyon. From the second I cross the threshold, I know they mean business.

I have signed up for the “Intention Activation and Tantra Yoga Flow” workshop. Having done yoga just a handful of times, and having spent most of my life steering clear of things that sound like the name of this class, I have no idea what I’m in for. Four hours later—after yoga, meditation, journaling (Lord, help me), and having some of the most intimate exchanges of my life with total strangers—I have been brought to tears no less than three times (at just $35, that’s about $12 per cry). Not only have I had an amazing workout, but I also experienced all that woo-woo stuff they said I would, dissolving my internal resistances, connecting to my heart’s desire, and gaining clarity. WTF? If only Santa Fe could see me now.

My two days in Topanga (which also feature restorative meals at Froggy’s Topanga Fish Market and the Inn of the Seventh Ray) leave me feeling open—exposed even—as though everyone can see right through me. Can you tell I got canyoned? How much is gas now? Who’s president? Geez, how long have I been gone? Twisting back down the road on my 14-mile drive home, all I can think is that never has staying in town felt so much like a journey far, far away.

WHAT TO BRING
PATCHOULI, AN OPEN MIND

Where to Find L.A.’s Most Instagrammed Walls IRL

Ask Chris: I Heard That Charles Manson Once Lived in an Artists’ Colony Known as the Snake Pit. Where Was That?