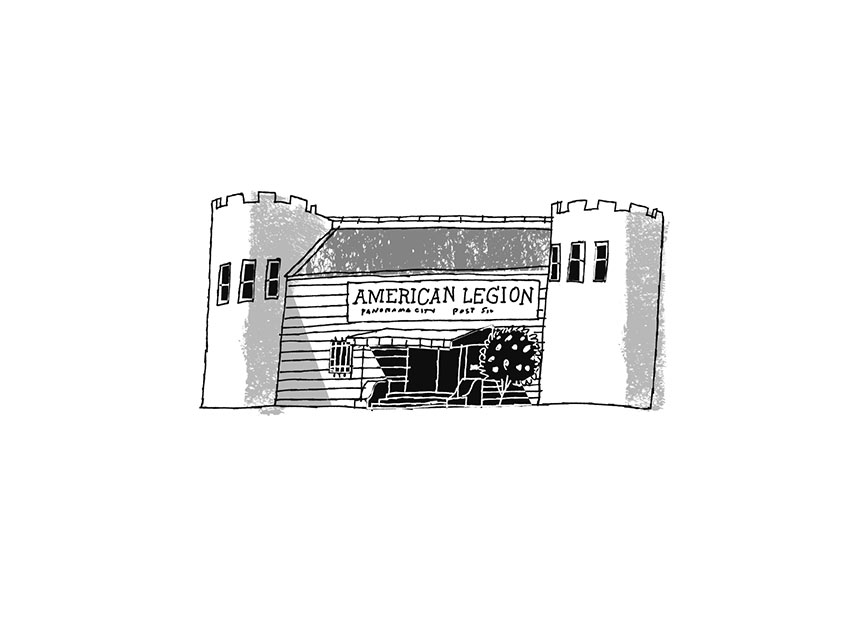 Thomas C. Regan Studio
“I rediscovered the long-forgotten Regan Studio when I found a box of old pictures relating to a studio I’d never heard of. It seems hard to believe a studio that never finished or released a picture would still be standing—the “castle” of Panorama City, now American Legion Post 817.” » 13553 Reedley St.

KCET Studios
“From Essanay, Lubin, and Kalem in the nickelodeon era to Charles Ray Studio and Allied Artists to KCET and beyond, the Hollywood property has been used as studio space since 1912. It got its brick makeover in the 1920s.” » 4376 W. Sunset Blvd.

Vitagraph
“Like many film companies churning out one- and two-reelers in the early silent era, Vitagraph had facilities around the country. The masonry structure, now part of a Santa Monica youth hostel, was a Vitagraph office in the early 1900s.” » 1438 2nd St.

Mack Sennett
“The concrete stage in Silver Lake is now a public storage facility, but it is also the last remnant of Mack Sennett’s original Keystone Studios and what was L.A.’s studio row in the 1910s.” » 1712 Glendale Blvd.

CityDig: Where Were the Mack Sennett Studios?